Photography as a window to our mental state

Several people who commented on my pictures asked, How do you do it?

The implication of their question is that I do something to achieve a particular photographic result. As I have said before, most of the secret is composition. You have to see the photo in your mind and imagine it as the camera will see it.

The trick is taking photos that make people say, That's just what I remember! It has been my experience that photos that elicit such a response are taken from vantage points the audience never saw. They are often much simpler and indeed totally different from the scene most people observed at the event in question. Yet people think it's just what they saw.

That is the secret of composition and vision.

The second factor is state of mind. Your finished images often reflect your internal state, as suggested by the examples below:

This image shows evidence of depression. Note the deep shadow and total absence of color: 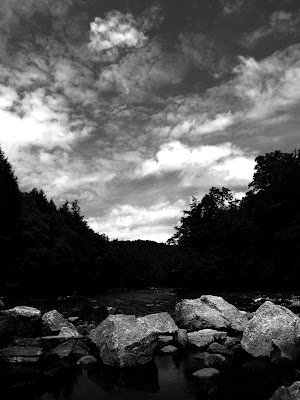 This one is reflects a slightly better state of mind. Some color is visible. 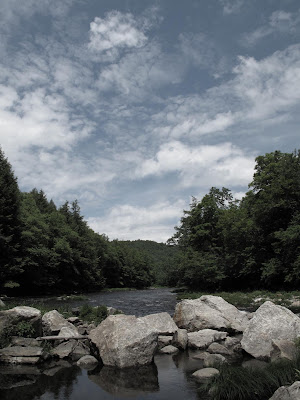 This one is pretty average. Some color. Reasonable sharpness and clarity 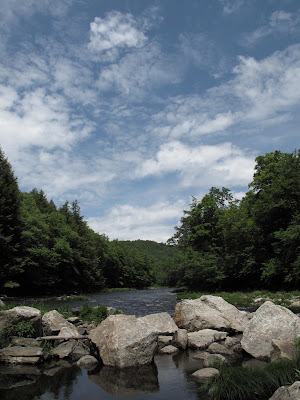 This images shows the effect of excessive alchohol consumption 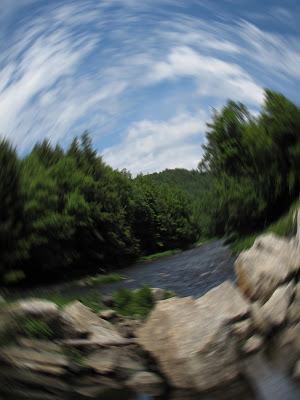 This one shows the influence of acid 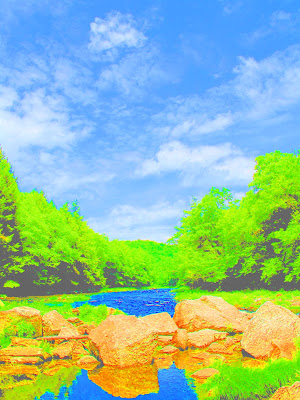 I think this one shows just the right touch of mania 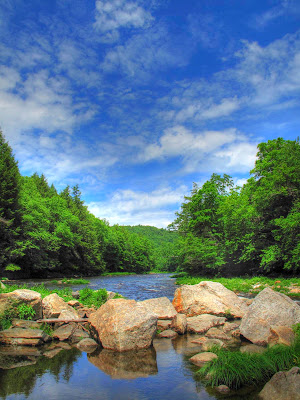 While this one has crossed the line to psychosis 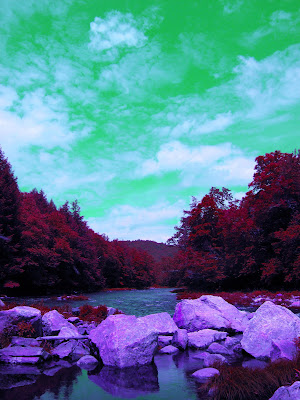 The interesting thing is, most of the real world is rendered in muted pastel shades. Yet the "realistic" images are often the most vibrant and vivid. As I said, some measure of mania or even schizophrenia is required to create them.
Email Post
Labels: autistic behavior photography

ziagrrl said…
I've used photography with my emotionally disturbed students for quite some time, often giving them their own cameras to capture how they "see" the world. When I began teaching students with mental health issues in addition to being on the spectrum, this intervention took on a whole new meaning for my students as well as myself. I learned from them and used the photos to design lessons and interventions for them later. Thanks for capturing it and sharing it so well!
June 14, 2009 at 7:56 PM

Michelle S. said…
this is a great post! I loved it. I also loved your photographs on the last post. Particularly the swirls in the water. I love when at first you don't realize what you are looking at. Well done.
June 14, 2009 at 8:08 PM

Fi said…
I have to admit I had a bit of a chuckle over some of those later photos involving substance abuse! However, the point is very true - photos do say a lot about people. Sometimes I see people's photos, especially from overseas trips, and think "why did they bother?" The photos are so dull and it feels like they are only taking photos because someone said they should. I worry a lot more about those people than I would about someone who took those dark "depression" type photos. At least the latter have some purpose: self expression, catharsis, therapy. My five year old who has autism loves taking photos with his kiddie camera. They are not technically great as there are no settings options on the camera but the raw result can be amazing - weird angles, unusual subject matter (eg patterns on the floor), lighting effects (eg taking a photo of the sun or lights in the house) and getting expressions from people that other people would not capture. Getting a camera for my son was one of the best things I ever did for him and I look forward to seeing what he chooses to do when he’s old enough for an SLR!
June 14, 2009 at 8:21 PM

Eric said…
I love it. A great blog, and your wonderful sense of humor comes through loud and clear. You do have a beautiful talent with photography, I have found that giving just a few seconds more when judging a view worthy makes all the difference in the world. So many times, I have grabbed the camera only to put it back down after giving thought to what I was going to take. Sometimes it meant coming back at a different time of day to get a better light angle, but it was also my mood at the time. I think that sub-consciously I often try to put what's in my heart into the picture that I'm taking. Something to ponder (I have so many that I'm working on 8))
June 15, 2009 at 5:06 PM

Descartes said…
I often feel the need in my own photographic works to tweat the color a bit-just the right touch of mania, as you say.

I also like to watch the TV with the color boosted a bit.