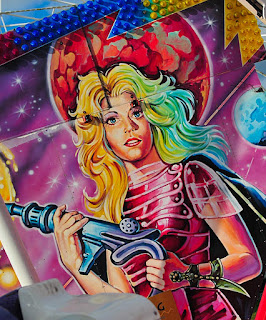 According to a press release I received this morning, new research from Cold Spring Harbor Lab might help explain how a gene mutation found in some autistic individuals leads to difficulties in processing auditory cues and paying spatial attention to sound.

The study found that when a gene called PTEN is deleted from auditory cortical neurons—the main workhorses of the brain's sound-processing center—the signals that these neurons receive from local as well as long-distance sources are strengthened beyond normal levels.  That’s the first interesting part of the study.

PTEN has been associated with autism in a number of previous studies. In particular, the PTEN variation has been found in autistic people with larger heads, and it’s suspected as a cause of both additional connectivity in the brain, and additional brain cell growth.

How many of today’s autism population have a PTEN variation?  Do you?  No one knows.  It’s one of many genes researchers are studying.

What I do know is that I have abnormal sensitivity to sound, as do many autistic people. Many of us are easily overwhelmed by noises that go unremarked by the rest of the population. For some time, I have realized my excess sensitivity is a two-edged sword. On the one hand, it gave me powerful insight into music and facilitated my earlier career in rock and roll. On the other hand, it has often put me at a disadvantage as I’m rendered inoperative by what others see as ordinary situations.

It’s interesting to read that PTEN may be a cause of that difference. Understanding the genetic foundation of why that happens doesn’t do me much good, but the next part of the study might:

Researchers found that those can be blocked by rapamycin, a drug currently in use as an immunosuppressant. Rapamycin as an autism therapy has been studied before and found beneficial in some cases. This study is one of the first that sheds light on “why” and speaks to a specific mechanism by which we may be disabled.

Now that I’ve come to know many people on the spectrum, I realize I am one of a fortunate few who have significant sensory sensitivity without being disabled by it.  The vast majority of autistic people who write about sensitivity do so in the context of disability. If there were a way to reduce sensory overload, I’m sure a number of folks on the spectrum today would like to hear about it.

One next step might be to see if rapamycin has the same effect in humans, and what other unforeseen effects it may have. Rapamycin has already been tried as a therapy in other contexts relating to autism. A targeted study that looked at the drug’s effect specifically on sensory overload would be very interesting.

It’s possible that this research illustrates a first step on the path to remediating a specific component of disability for many people on the spectrum. Much more testing will be needed to really know if that’s true, but it looks like a promising start.

My biggest concern is that rapamycin may have unforeseen effects elsewhere in the brain, and we won’t be able to understand that until we have conducted a sizeable human trial. We can only do so much by observing and extrapolating from mice.

An interesting aside is that Dr. Zador’s research further supports the emerging idea that excessive brain plasticity is a key component of the brain differences that lead to autism. His research premise is that the PTEN variation causes excess connectivity, and connectivity is a key element of plasticity. I’ve written about that idea in earlier posts.

I read a lot of talk in the autism community that questions why we spend money on genetic research when today’s autistic population needs help now. There is a popular perception that genetic research can only benefit unborn generations, or even worse, be used as a tool for selective abortion.

Dr. Zador’s study shows a clear pathway from a basic genetic study to a possible therapy for autistic people today, if they suffer sensory overload issues. It’s a perfect example of why this kind of work continues to be important and needs to be funded alongside all our other efforts in the autism research arena.

One of the pathways regulated by the PTEN protein involves shutting down an intracellular enzyme called mTORC1, which promotes cell growth, among other things…. While Zador is excited about "this finding that suggests that mTORC1 could be a good therapeutic target for some cases of PTEN-mediated brain disorders," he is also keen to further pursue his team's new evidence that cortical hyperconnectivity could be the "final pathway" by which diverse ASD genetic pathways lead to a single ASD phenotype. "Using cortical connectivity as a paradigm for assessing ASD candidate genes could provide insights into the mechanisms of the disorders and perhaps even give us clues to formulate new therapeutic strategies," he states.

Dr. Zador’s leap from a subtle variation in genetic code to a specific behavioral aberration represents a brilliant leap of intuition and reason, backed up with careful lab work. It’s the kind of result I hope to see when I cast my vote for further genetic studies. This work was originally funded by Autism Speaks and NIH four years ago.

Here’s another really fascinating point to ponder. The PTEN genetic variation has been already associated with certain people with severe autistic disability and people with tubular sclerosis. Now, by associating PTEN with auditory sensitivity, we confront the question:  Do people like me have the PTEN difference too?  No one knows, because that study has never been done.

I’ll just say one more thing in closing. The discovery that PTEN aberrations can lead to sensory overload, and the pathway by which that happens stands separate from any question about rapamycin as a therapy. Don’t let worries about a particular drug blind you to the significance of the first finding.

Other researchers are looking at alternate ways to affect cortical plasticity in general and even connectivity as described in this study.  Rapamycin may end up being a therapeutic answer for some, but it’s equally possible that a better therapy will be developed now that we are beginning to unravel the underlying issues. One day, autistic people who are disabled by auditory overload may be able to “mute” the disability, while retaining enough sensitivity to be exceptional.

That, folks, is what the science is all about.
Email Post
Labels: autism research autistic behavior

Jill said…
Regarding sensory overload, do you think that could include extreme skin sensitivities?
February 2, 2012 at 5:46 PM

Unknown said…
Hi John, why do you think, if PTEN is a significant contributor that they see only a single drug possible solution? It's my understanding that the association of PTEN can be impacted and act upon several things, such as changes in oxidative stress or since it has such a close connection to both tumer genesis and glucose metabolism (through (PI3K) pathway) , I wonder how or if research is being done on diets such as ketogenic (and omega-3) in terms of adjusting regulation? That will be interesting to see if they include such interventions or others along with or maybe even in place of medication?
February 2, 2012 at 7:24 PM

Usethebrains Godgiveyou said…
Rapamycin causes regression of astrocytomas in Tuberous Sclerosis complex. It's an inherited disease that causes tumors. Some people who are autistic are so because of TS.

Shane Ellis said…
As a large headed fellow on the spectrum, i can tell you, there is truth in this. I worked in an auto shop for years before I was diagnosed, and i was THE ONLY person who wore ear plugs all day. I can hear things others cant, and i can pick out details, but when kids yell at the playground, or the grocery store scanner beeps, my head rings.
February 3, 2012 at 10:42 AM

Leah Cooper-Prockno said…
This is very exciting news and I would like to share it with others, if you don't mind me posting a link on my blog ?
February 5, 2012 at 9:05 PM

clarinette said…
I'm already finding it hard to decide taking paracetamol, imagine how trusting I'd be with something that would meddle with my brain ... good find nonetheless !
February 6, 2012 at 1:12 PM

rmagliozzi said…
This further proves that autism is in part also caused by an immune dysfunction, whether it is an over or underactive immune system. Can we get a similar effect by using immune modulating drugs as well that help regulate the immune system to work as it should? Maybe Naltrexone or Naloxone, maybe in smaller dosages, at least for the first?
February 6, 2012 at 1:36 PM

Usethebrains Godgiveyou said…
The bad thing is, rampamycin is somewhat like thalidomide...
February 7, 2012 at 11:29 AM

The Fashionable Housewife said…
This comment has been removed by the author.
February 28, 2012 at 2:41 PM

Unknown said…
Neat that you mention PTEN. I've been watching your blog for awhile. And I work for a company that produces machines for the automated detection of genetic rearrangement's. A PTEN deletion is one of the new "hot" deletions to look for with our system. This is being used for cancer detection however. I wonder if that means that people with autism have a higher cancer risk. Hmm
February 28, 2012 at 2:44 PM

Elisabeth said…
Rapamycin as an immunosuppressant is used mainly for organ transplant patients. Its side effects include higher chance of getting cancer and diabetes-like symptoms. I'll rather go for my ear buds and classical music. I stay away from drugs. Though I heard that supplement 5-htp could help with many issues, including sensory overload.
P.S. Anybody else has issues with proving they are not a robot? I always had problem reading those letters and the sounds sound like farting.
November 6, 2012 at 9:45 PM

Anonymous said…
The sensoring aspect is still pretty key. The fact that the Gene is present is one thing, but that just tells me I need the implant technology to monitor infinitesimally small concentrations of hormones and neurotransmitter compounds since suppressing tumor regulating compounds is highly problematic? There is so much we don't know about metabolic activity, the human body is an example of "beautiful underlying symmetry", as I like to think of it.
November 13, 2012 at 9:36 PM