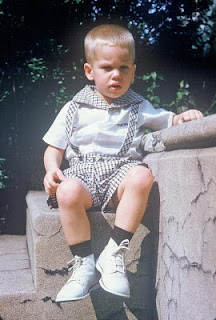 You may be here because you're curious about John Elder Robison's writing, photography, or his car business.  You may be curious about his teaching, his autism advocacy or his service guiding the direction of autism research and policy . . .


Like everyone of his generation John Elder Robison grew up before the Asperger and autism diagnoses were in common use.  He knew he was different, but he didn’t know why.  His early social and academic failures would be signs of disability today, but back then, they were dismissed as laziness or a bad attitude.

After a long and valiant struggle, John dropped out of high school.  His school years had ended in failure, but he’d been fortunate to find two of his great life interests – music and electronics.  At sixteen, John joined his first band as a sound engineer.  Within a few years he was building equipment for Pink Floyd’s sound company, touring the hockey rinks of Canada with April Wine, and creating the signature special effects guitars for KISS.  He had found his (first) calling.

John went on to design sound effects and other circuits for some of the most popular electronic games and toys of the era, before moving into more conventional engineering management.  He’d done well as a creative person, but the move into management proved frustrating and ultimately unsuccessful.  In the late 1980s, John left electronics for a new career . . . cars.

From a modest but resolute origin in his back yard, his J E Robison Service Co grew to be one of the largest independent restoration and service specialists for BMW, Bentley, Jaguar, Land Rover, Mercedes, and Rolls Royce cars. The company has become one of the top-ranked Bosch Car Service centers in North America. John owns and manages the company today.

It was at the car company that John learned about social skills, because owning a business means you have to be nice enough to first-time visitors that that become long term clients.  It was one such fellow who told John about Asperger's and set him on a voyage of self discovery in middle age.  That led to his first book and a new career.

When he’s not at Robison Service, John speaks about autism and neurodiversity all over the world.   John is a member of the Interagency Autism Coordinating Committee of the US Department of Health and Human Services. John is the Neurodiversity Scholar in Residence at The College of William & Mary in Williamsburg, Virginia.  He's proud to be part of the first neurodiversity curriculum and program development at a major American university.  He's a visiting professor of practice at Bay Path University in Longmeadow, MA where he is proud to offer his insights into autism and neurodiversity to the next generation of clinicians to serve New England. John is also the neurodiversity advisor to Landmark College in Putney, VT.

Today John is very active in his efforts to support and promote research leading to therapies or treatments that will improve the lives of people who live with autism in all its forms today.   He’s widely known as an advocate for people with autism and neurological differences.

He is the author of Switched On, Raising Cubby, Look Me in the Eye, my life with Asperger’s and Be Different, Adventures of a free-range Aspergian.   John’s writing has been translated into 18 languages and is sold in 70+ countries.

He's appeared on many television shows including the Today Show, CBS Sunday Morning, and all major news networks.  He's been interviewed by Terry Gross on Fresh Air and he a popular storyteller on The Moth.  His essays have been published in outlets as diverse as the New York Times, Psychology Today, and the Land Rover News.  He's also written or contributed to a number of articles in peer reviewed professional journals.

In addition to his autism advocacy work, John is a lifelong car enthusiast, an avid hiker, a photographer, a music lover, and a world-class champion eater. He lives in Western Massachusetts with his wife Maripat and their esteemed pets.