The Leica, and rangefinder photography in today's world 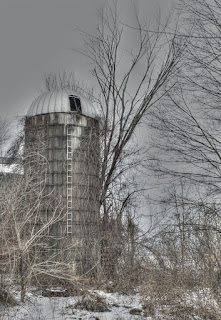 When people see my little Leica camera they sometimes ask why I still use it, with all the automated alternatives today.  Why don’t I use a “real” camera, like a Nikon?  In fact, I have several Nikon professional SLRs, and I’ve got some pocket point and shoot cameras as well.   Each are “real” cameras, and each one has its place.

Interestingly, when people look at the images rendered by the Leica, no one questions my selection of photographic tool.   My Leica images are sharp, with good three-dimensional feel and very smooth rendering of the out-of-focus areas.  Color is good, and the images are free of distortion and artifacts.

But of course the same can be said for images from my Nikon D3S or a comparable Canon pro SLR. What makes Leica images different?  That’s a question I’ve been pondering all week. . .

There was a time when lens design set Leica apart from other compact camera makers.  Leica images were sharper, more defined, and in myriad other ways set the standard for compact camera/lens performance.  That’s not so true today.  Comparison images shot with identical settings using Leica and Nikon/Canon’s best lenses are indistinguishable to me.

Today, what sets the images apart is the way in which the camera systems are used.  The Leica, lacking automation, is used in a slow, deliberate way.  Pro SLRs, in contrast, are often used as high performance point and shoot action cameras, where the photographer composes images quickly and often under adverse conditions, and relies on the automation in the camera to return a good exposure.

Most of the time, the automation works, and it’s reshaped the face of documentary photography.  Fast focus tracking has made it possible to shoot close ups of batters hitting balls and the expressions on the faces of race car drivers going 200 miles an hour.  The ability to switch ISO from shot to shot makes it possible to walk from bright sun into a dim room and never miss a frame.

Powerful lenses have allowed photographers to zoom into a scene, isolating it from the surrounding background and increasing the impact of the imagery.   Extremely sensitive sensors make it possible to take available light snapshots in near-darkness; something we simply didn’t do before.

Yet we pay a price for using that automation.  When we stand behind the lens, tracking a fast-moving basketball or a bird in flight we lose our sense of the wider world.  Our reality becomes that one tiny speck we see in the viewfinder, and our images are shaped accordingly.

The rangefinder camera – and this is best exemplified in the Leica – calls for a totally different approach.  There are no powerful zoom lenses.  Most rangefinder lenses have an ordinary or wide field of view.  In addition, the viewfinder shows the whole scene, extending well beyond the limits of what the lens will capture.

That difference requires the photographer to see and understand the whole scene, rather than the tiny bit he’d see through a 200mm zoom.   With that perspective, his compositions will inevitably be different.  In some cases, they will be more realistic and natural to viewers as the perspective of the picture is closer to the perspective one would have had, seeing it in real life.

The focus system makes for another compositional difference.  Without autofocus, we must focus and frame every shot in a slow, deliberate manner.  That forces us to think about each image, and when we do, we again tend to make different decisions.

When photographing action with a rangefinder, the lens must be set to a certain distance, and the photographer waits for a composition to come together.  When it does, he presses the button, and gets the shot.  One shot.  In that same period, an SLR shooter might have captured fifty images but their feel would be distinctly different.  Here’s an example.

The SLR images focus on a single player, and a moment: 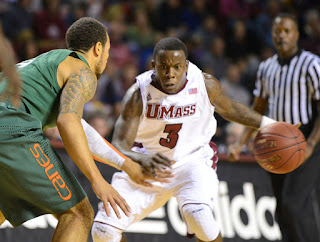 The Leica image captures a larger context, and a sense of place.  You can see it's a college gymnasium, and you can sense the crowd.  None of that is present in the closeup, powerful as it may be in its own way. 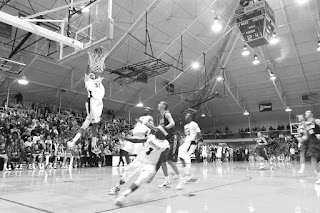 Without a sophisticated light meter (which can still be wrong) we must manually evaluate every exposure setting.  Each picture becomes the result of deliberation and care.  The image below is a good example: 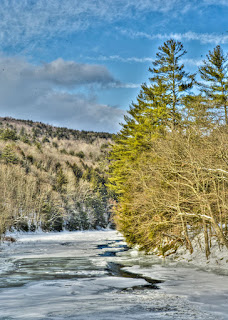 When we photograph people, our subjects often sense this deliberation.  They respond favorably to the slow pace of rangefinder photography; often feeling and acting more naturally. 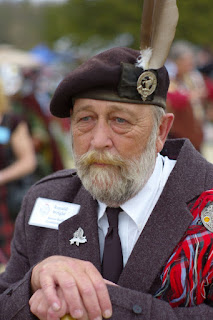 The smaller size of a rangefinder also facilitates more natural picture taking.  People aren’t as likely to feel intimidated by the smaller camera.  There are streets you would not walk on with a big SLR, where a nondescript rangefinder goes unnoticed and unremarked. 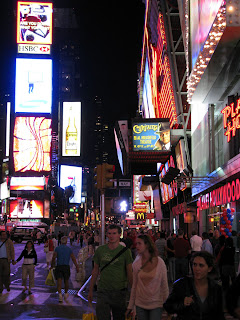 There are also places I won’t go with a full size SLR simply because it’s big and heavy.  My Leica can accompany me to those places, because it’s small, light, and fits in a coat pocket.  Remember - the best camera is the one you have when you need it. If you’re on foot all day it’s a lot more comfortable to carry a Leica than a Nikon D4.


Weight and bulk excepted, some might say you could do the same things by using an SLR in manual mode.  And indeed you could, for the most part.  But people don't do that.   When they buy a camera with automation, they use it.  People do not buy automatic transmission cars to shift them manually, and cameras are the same.

With an SLR, one must take special steps to use it as a manual camera, where with a rangefinder it's the only way to shoot.  The simpler tool forces the photographer to think, in ways a modern SLR does not.  If you're shooting news, you probably don't want that as much as speed, performance, and reliability.  But if you're shooting fine art . . . . that is the place of the Leica today.

By taking away the automation yet retaining such extraordinarily good image making capabilities the Leica forces you to become a better photographer.  When your Leica images are less than tack sharp, overexposed, or clipped at one end of the other . . .  there is no machine to blame.  Just you.   If you master a Leica you will take better photos with any camera.  I guarantee it.

If I were looking to walk out into the desert, or to the top of a mountain, and photograph the landscape, there is no better camera I could carry than an M8, M9, or MP.   If I wanted to capture birds or wildlife I'd make a different choice but for the scenery itself the Leica cannot be beat.

I also use the Leica to create action images (like the basketball shot above) that have a more classic, period feel to them.  It's hard to put in words, but that b&w Leica shot certainly stands apart from any other photos of that particular game.  In a world where so much looks the same, there's a lot to be said for that. 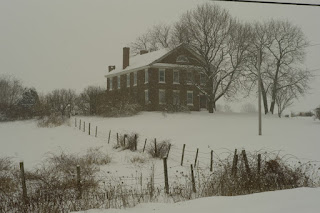 A farmhouse in the snow 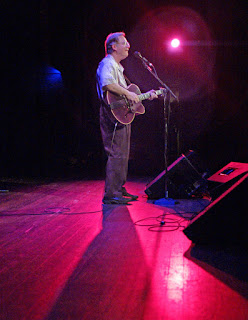 John Sebastian of the Lovin Spoonful sings "Do You Believe In Magic?" 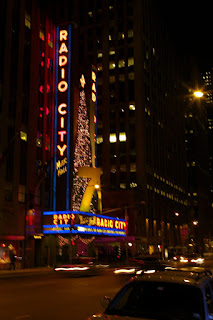 Sullivan said…
I keep a "poor man's Leica" in my car. A canonet. There is something about the quiet leaf shutter that makes the process very different.