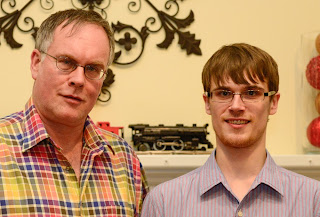 John talks about Look Me in the Eye in 2007 – watch this and see how he’s changed since then!
http://www.youtube.com/watch?v=BIZsYGxXHis

Actor Jim Parsons (who plays Sheldon Cooper on Big bang) talks about learning about Asperger’s from reading Look Me in the Eye.  He says it was all the Asperger studying he did!
http://www.avclub.com/articles/jim-parsons,27415/

John talks about autism on the Today Show, August 2008
http://www.youtube.com/watch?v=zuG9UBxnHH8

John is profiled in the Record, the newspaper of the US National Institutes of Health
http://nihrecord.od.nih.gov/newsletters/2013/05_24_2013/story2.htm

John’s thoughts on Asperger’s and violence made Psychology Today magazine’s Top 5 most viewed for the year, December 2012
http://www.psychologytoday.com/blog/my-life-aspergers/201212/asperger-s-autism-and-mass-murder

John is interviewed in the Times after his book is found in the Adam Lanza home
http://www.nytimes.com/2013/04/01/nyregion/found-in-newtown-gunmans-home-a-book-of-hope.html

Wired and PLOS writer Steve Silberman won an award for his interview with John in 2011:
http://blogs.plos.org/neurotribes/2011/05/18/woof-john-elder-robison-living-boldly-as-a-free-range-aspergian/