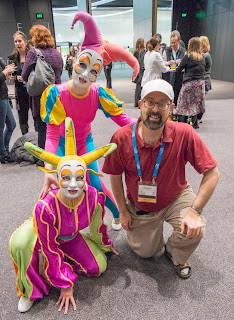 APAC 2013 is done. It was a very impressive conference; one I am very proud to have taken part in. The organizers filled the Adelaide Convention Center with 1,300 delegates (conference attendees) from at least 20 countries.  There were over 100 presentations, including poster sessions for new and ongoing research.

We heard science and therapy keynote presentations from Brenda Smith Myles Ph.D., a consultant with the Ohio Center for Autism and Low Incidence; and Eric Courchesne, director and principle investigator of the UCSD Autism Center of Excellence.  We also heard from Karen Pierce Ph.D., an Associate Professor in the Department of Neurosciences at the University of California; Professor Tony Charman, who holds the Chair in Clinical Child Psycholgy at the Institute of Psychiatry, King’s College London and Pat Howlin - Emeritus Professor of Clinical Child Psychology at the Institute of Psychiatry, London and Professor of Developmental Disorders at the University of Sydney.
Other invited speakers included Michelle Garnett and Tony Attwood who talked about their new book on autism and affection; Geraldine Robertson, the inimitable Wendy Lawson, Dennis Debbault, India’s Merry Burua, Anita Russel, ASAN AU’s Katherine Annear and many more.  You can see the whole list here

The delegates were a mix of clinicians, teachers, autism researchers, parents, and others involved in working with people on the spectrum.  Many attendees were from autism groups in other countries like Thailand and India.  Autism support societies from all over Australia were represented as were government autism centers and folks from many universities and hospital research centers. 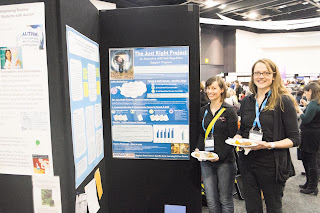 While there was a lot of talk about what we are doing to understand autism and help people with it to be as successful as we can, there was also a refreshing acceptance of difference that’s often lacking at conferences in the USA.

The neuro-diversity concepts people fight so hard about in America seem to be accepted more naturally in Australia.  The whole conference embraced the concept of helping autistic people be the best we can be without trying to marginalize us or make us into something we are not. The anti-vaccine movement never took hold here in the big way we saw in the US.

There was some talk about basic science, but the majority of the technical presentations were aimed at therapy, teaching techniques, and services to help our community now.  I already mentioned Tony Attwood’s session on love and affection.  Liz Laugeson’s PEERS was another example of a beneficial new therapy tool.

Stephen Shore and I did Friday’s keynote session together, and we both agreed APAC was one of the best-run autism conferences we’ve seen.  There was a good mix of science – with presenters from some of the top University research centers – and self-advocacy, family service, and just plain networking. 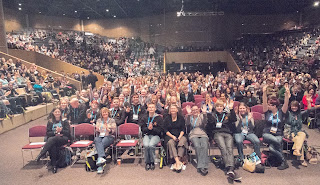 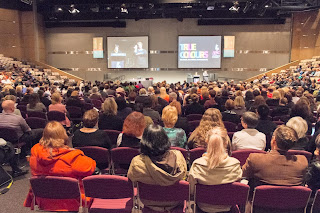 After that keynote talk, I joined Wendy Lawson, Katherine Annear, and Ari Neeman for a panel, after which my wife Maripat and I held a free-ranging Q&A session with Future Leaders – a fine group of young adults on the spectrum.

Earlier, Maripat and I did a workshop on adult relationship issues, and talked with many people individually after that public session.   That session and the meetings after covered both romantic relationships and questions of parenting and family management.  At our age, and with four grown kids between us, and no casualties, we have plenty of experience with that!  Our program was very well received and we look forward to bringing it to other conferences and events.

One of the biggest hits of my talk was the discussion about education and people with autism.  I talked about how our current educational system (in both America and Australia) is really a win-or-lose system, where you follow the path through high school, college, and grad school, or you drop out partway with nothing.

You don’t earn a useful credential, with which to get a job until the whole thing has been completed, which never happens for many people.   In most places the high school graduation rate is under 75%, and for kids with differences it’s often 50% or less.  When you combine those numbers with the stats for college graduation in a field where there is a decent chance of employment – the odds are stacked very heavily against a kid who’s different.

I talked about a different educational model – one that begins by “teaching by doing,” and gives students progressively more valuable credentials as they progress through the system, but allows them to leave at any time with job skills and a plan for an independent future.  That, to me, is more consistent with the reality of how students with differences progress through school.

People were excited to hear that we are opening a school in my automotive complex back home as the first step in implementing this vision.  As I told the audience, I hope to return to APAC 2015 and report on progress with our first group of students!

The conference wrapped up with a huge formal ball, which rather surprised me at first.  The ball was a very elaborate affair, attended by over 500 people in formal dress.  There were flashing lights, loud music, and all sorts of sensory affronts to the autistic person.  But for a person who liked those sorts of things, it was spectacular! 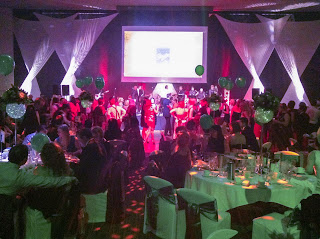 The theme was a celebration of 50 years of service from Autism South Australia, the conference host.

At first I asked myself why they didn’t have a more autism-friendly event, but them I realized the event was not for autistic people (as attendees.)  Rather, it was to raise money to benefit autistic people – a rather different proposition.  I saw some of my friends from the conference that night, but most of the crowd was actually affluent business people from the community who just enjoyed a night out in fancy dress to support a good cause.  And it worked – they took in over $70,000 from the dinner! They had to pay for food out of that sum, but it was still a VERY impressive fundraising effort.

The whole conference appeared to me a tremendous success, with surplus funds going to Autism SA, who will spend them on community services for people with autism.

Now we’ve got a day to unwind in Melbourne, and then a 30-hour trip back home, to my world of cars, kids, and everything else back home.  Thanks to all our friends and everyone who worked to make this event – and this trip – possible

Cynthia said…
Very interesting point about the differences between the USA and Australia in thinking about/working with folks "on the spectrum." Hard to believe, but the first time I heard my grandson referred to that way by his teacher, I had no idea what she meant. BTW, "Blogger" seems to be broken. According to my blog roll, your last post was 4 months ago! I think I will try removing your blog from my blogroll and re-enrolling it.
August 11, 2013 at 1:18 PM

Unknown said…
John, I am lucky enough to live in Adelaide and also to be able to come to APAC and I have to say the HIGHLIGHT of the conference was hearing you speak and then introducing myself and shaking your hand afterwards :) ... although I have to admit to being rather envious of another one my friends who actually had the courage to ask for a photo with you! ... Afterwards, when my friends heard I had met you - they asked me 'Did he look you in the eye?' ... and I had to think ... and realized, actually - I have no idea whether you looked me in the eye, because I wasn't looking in your eyes! :)
August 11, 2013 at 6:18 PM

Unknown said…
Hi John, I was also privileged to attend the APAC 13 Conference and to witness your participation. Thank you for making the long trip to Adelaide, we really, really appreciate it! Have a safe journey home and a bold & brilliant year ahead. Regards, Raphael Murphy
August 13, 2013 at 12:04 AM

Autism SA said…
Great blog post on APAC13 John, thank you for sharing your experience with us.

The dinner was a great night of fundraising and awareness, and because of the generosity of the autism SA community, it helped us raise $30,000 to support the work of Autism SA. We thank all our conference delegates and supporters who attended the event.

We look forward to meeting with you again at APAC15, and hearing about the progress of your school.

Unknown said…
Nice informative post . I was also privileged to attend the APAC 13 Conference and to witness your participation.Thanks to share this post.
free audio conference