A Briefcase Full of Dreams

Where were you in ’78? I was 21 years old, trying to make a place for myself in a world of adults.  My clients were musicians, but the people who paid me were businessmen, and I had to make a good impression.

That meant button up shirts, a nice pen in my pocket, and the ultimate professional accessory . . .  a real leather briefcase.  Fifty dollars was a lot of money for me then, but I must have chosen well ‘cause it’s still in good shape today . . . 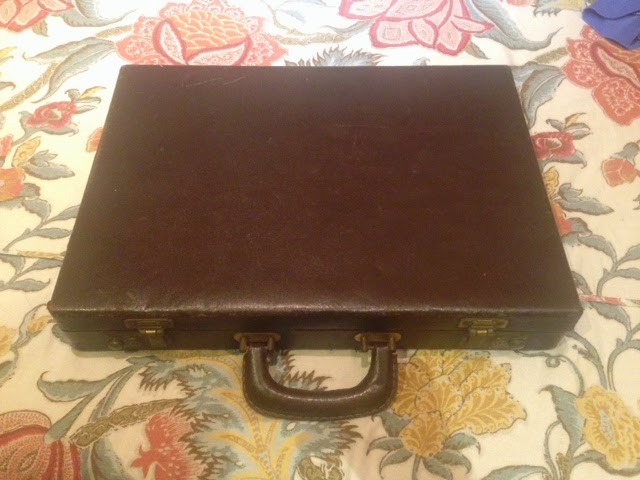 Outside – quiet and conservative. 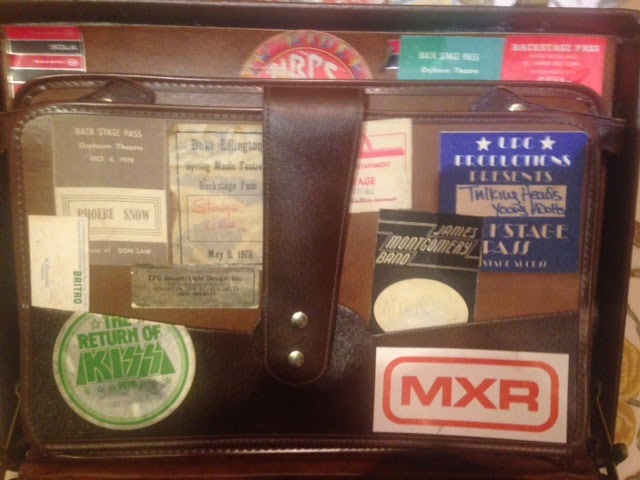 Inside – rock and roll passes and sound engineer business cards told the rest of the story.  No corporate drone here!


Underneath, I had a receipt book so I could get money, diagrams of amplifiers I might have to fix, schematics for things I'd just thought up, and bills I struggled to pay.  It was a hand to mouth living in those days, but it was a fun time, too.  It was a time of sadness, excitement, discovery, and adventure.  I probably should have died a dozen times over, but I'm still here.  There aren't any pictures from those days because there wasn't any time for photos. I had to work! And work I did.

Those shows were the stuff of dreams for a sixteen year old failure and a high school dropout.  Yet they all came true, five short years later. But like all dreams, they changed and evolved.

Ten years later, I’d left music behind and I was an electronics executive

Ten years later, I’d left electronics behind and I was restoring and fixing cars

I could never have predicted any of that, when I bought that briefcase.  I remembered it all when my mother and my wife Maripat found it stored away, and brought it back to life for my birthday.  It just goes to show . . . . you really never know . . .
Email Post
Labels: music

Gordon Taylor said…
Struggling with undiagnosed major depression, and a few things they didn't have a name for yet. Asperger's and PTSD. Crash landed a few times, but any landing you can walk away from is a good landing. I somehow survived the mountains of madness with my soul intact, or at least close to it.
August 29, 2014 at 11:36 PM

Gordon Taylor said…
And I was living and dying with the Red Sox. And almost died when they lost that big lead in September. Doesn't seem so bad now compared to what happened in 2011, although by then, I have manged to put sports into perspective. A bunch of millionaires playing a kids game that's fun to watch, but don't let it run your life.
August 29, 2014 at 11:41 PM

Unknown said…
1978 - started a business with my husband and our friend specialising in the uncertain world of theatre. 36 years later, still here, still doing it. What a fabulous time it has been.
August 30, 2014 at 8:32 AM

Unknown said…
John,
I am absolutely freaking out with excitement. My son was diagnosed with Aspergers in June '13. At the time I looked up books about it and yours came up, so I put it on my wish list. This week I found myself wondering seriously if my husband has it, and your book was suggested by a woman online whose husband has Aspergers. I recognized the cover and immediately bought it. When I realized your brother wrote the series of books I devoured this summer I was even more intrigued- it was as if I was meant to find your book. NOW THIS. I read the part about your tinkering with audio equipment and fixing and modifying it for musicians. I thought, my father's best friends Terry Sherwood and Al Miller did this in the '60s!!! Terry founded MXR with Keith Barr and my father and mother worked with them, helping with packaging. We have old MXR shirts that we treasure. My father died in 99 at 50, and we recently lost Terry, who I considered a second father, My question is did you know them since you had the same interests? I am dying to know!
-Amanda Stark Kirkebye, Pittsford, NY
September 6, 2014 at 8:58 PM