Human neurological diversity takes many forms. The neurodiversity movement sprang from the autism community, but now also includes people with many other sorts of neurological difference. While no hard and fast rules exist, it's commonly accepted that neurodivergent people are those individuals whose neurology is thought to be different in some measurable way. 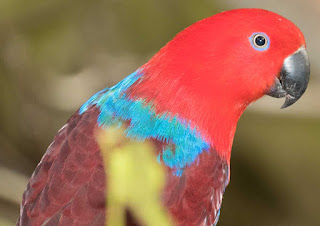 This way of thinking and its associated terms sprang from the popular belief that "autistic people have brains that are wired differently." You do not have to be a neuroscientist to recognize the difference between that and, say, a behavior that was acquired in response to trauma or a neurological disability associated with an injury.

The most common neurological differences discussed in the neurodiversity community are autism, the related DSM5 social communication disorder, and ADHD. While all those conditions are thought to spring from "different" brain configurations they are nonetheless diagnosed by behavioral observation, as opposed to testing for the presumed physical differences.

As an aside, advances in brain imaging show that everything we experience changes our brains in some way.  While we are identifying structural differences that set an autistic brain apart, the fact is every human brain is unique in many ways and the same in even more ways.  So the idea of "structurally different" may have to be re-evaluated as knowledge advances.  Everything in us is a result of chemistry driving genetics influenced by environment, in a complex dance we are nowhere close to understanding.

Because they are diagnosed by observation, all three conditions have in their definitions elements of social disability. Consider these examples paraphrased from DSM:

This is the first part of the diagnostic criteria for social communication disorder, often imagined as "autism lite:"
A. Persistent difficulties in the social use of verbal and nonverbal communication as manifested by all of the following:
1. Deficits in using communication for social purposes, such as greeting and sharing information, in a manner that is appropriate for the social context.
2. Impairment of the ability to change communication to match context or the needs of the listener, such as speaking differently in a classroom than on the playground, talking differently to a child than to an adult, and avoiding use of overly formal language.
3. Difficulties following rules for conversation and storytelling, such as taking turns in conversation, rephrasing when misunderstood, and knowing how to use verbal and nonverbal signals to regulate interaction.
4. Difficulties understanding what is not explicitly stated and nonliteral or ambiguous meanings of language (e.g., idioms, humor, metaphors, multiple meanings that depend on the context for interpretation).

These are common social impairments of ADHD:
" Has difficulty sustaining attention in tasks or play activities (e.g., has difficulty remaining focused during lectures, conversations, or lengthy reading).
" Does not seem to listen when spoken to directly (e.g., mind seems elsewhere, even in the absence of any obvious distraction).
" Often does not follow through on instructions and fails to finish schoolwork, chores, or duties in the workplace
" Is often easily distracted by extraneous stimuli (for older adolescents and adults, may include unrelated thoughts).
" Fidgets with or taps hands or feet or squirms in seat.
" Often leaves seat in situations when remaining seated is expected
" Often talks excessively.
" Often blurts out an answer before a question has been completed (e.g., completes people's sentences; cannot wait for turn in conversation).
" Often has difficulty waiting his or her turn (e.g., while waiting in line).
" Often interrupts or intrudes on others

The descriptors above make clear that social disability plays a big role in all of those diagnoses.  In addition the evaluations are extremely subjective.  At some point, we all "talk excessively," and have trouble "taking turns in conversation."  I find many people are shocked that phrases like these are central to such common diagnoses. A common response is, "This could apply to anyone, at one point or another."

All three diagnostic descriptions are written from the perspective of a professional observer who is assumed to "know best" when it comes to the individual being evaluated. So, for example, "talks excessively," is a judgement rendered by the observer even as the observee might strongly disagree. "I wasn't talking too much," he might say, "It's an important topic to me and I said what I needed to make my point."

The takeaway from that is that one person's supposed disability is another's ordinary behavior. Put another way, a neurodivergent person might have a rational, valid (to them at least) explanation for engaging in ANY of the behaviors highlighted above as diagnostic of disability.

Yet social disability among neurodivergent people is all too real, by our own account and by the accounts of those who observe and interact with us.

When neurodivergent people are asked what would make them happy, some of the most common responses center on community and workplace acceptance, forming lasting friendships, and the desire for love. Social disability is a primary barrier to achieving all those things.

The question then, is how we overcome social disability while honoring the rational explanations for what observers see as isolating behaviors. To truly understand and answer that we must first understand why we engage in behaviors and what benefit we and society are getting from them. If isolation is an unwanted side effect, how can we accomplish the goal of the behavior without fostering isolation?

Another good question relates to context. Is social disability a manifestation of ordinary differences between human tribes? If you only speak English and you meet someone who only speaks Japanese, both of you are disabled communicating with each other, yet neither of you views yourself as disabled.

Is that because it's obvious that your problem is that you speak different languages, and understanding the root of your disability makes it something other than disability to both of you? And it's not so obvious why an autistic person might be failing to communicate with you, and for lack of an explanation, the failure is called disability?

Do people with similar neurodivergence experience social disability when engaging each other? Some childhood studies have suggested autistic children tend to ignore other children, and it does not matter if those children are autistic or not. As a counterpoint to that, there are a good number of autistic adults (myself included) who look to their long-term friends and see more autistic people than our distribution in the population would suggest. Somehow neurodivergent people find and connect with one another, even in the absence of diagnostic knowledge.

At college the mutual support provided by neurodiverse and autistic student groups provides further support that neurodivergent people connect more easily with others who are similar, which implies diminished social disability.

Neurodivergent people seek recognition of their unique gifts alongside their disabilities. How much of social disability is an offset for some other gift, and what might that gift (or gifts) be? That is a question worthy of discussion.

That speaks to an existential question about neurodiversity. If we believe neurological diversity is a natural part of human diversity, and diversity exists through the process of evolution, what are the benefits of various neurological diversities? And how might they relate to the social disabilities psychologists observe today?

Even if social disability is universal in some of us - we are socially disabled no matter who we try to engage - is that merely a necessary cost of deploying our brainpower in some other way to serve the greater goals of our species' evolution?

If you believe that, even in part, you might question the wisdom of therapies like ABA, which are predicated on the idea of an all-knowing observer who analyses and decides what behavior is right and what's not, and then trains a person to suppress what is unwanted.

Therapies like PEERS may show more promise as they teach older kids and adults to think about other people, and group interactions, so that people who have social disability from neurological difference are introduced to the issues and trained to address them with their logical brains, and so to do what may come naturally to others who are not neurodivergent.

The opinions expressed here are his own.  There is no warranty expressed or implied.  While reading this essay will give you food for thought, actually printing and eating it may make you sick.
Email Post
Labels: autistic community neurodiversity social blindness