We often read about lobbyists in the news, and in last week’s neurodiversity class we talked about what lobbying actually means.  The popular perception is that of polished lobbyists wining and dining senators in upscale restaurants.  The reality is often rather more prosaic. 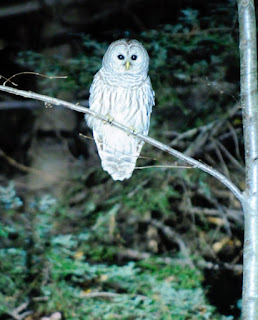 Before new rules or programs are enacted there is generally a period when government agencies seek public comment.  While anyone can send comments to government agencies or elected officials, in-person comments are often more influential.   A lobbyist who travels to Washington and states a position can engage in dialogue with government. Such a person is much more likely to advance whatever position they bring with them than a write-in commenter.

If the situation under discussion is one that affects autistic people – like housing for the cognitively disabled – there is widespread agreement that a lobbyist who represents an autism society has a duty to do their best to represent all autistic people.

But what if another lobbyist comes to comment, and he represents a home builder’s association.  Now imagine that the solution he is there to advocate for is in opposition to the solution preferred by the autism community.  Where does that lobbyist’s duty lie?

The majority of students in our neurodiversity class felt that the home builder’s lobbyist had a duty to his employer and should advocate for their position no matter what the autism community thought.

A large number of people agree with this position, justifying it with arguments like, “there are winners and losers in every negotiation.”  Some dissenters believe corporations should have consciences, and they should not do things that make them money to the detriment of large groups of people.

Now imagine that the homebuilder’s lobbyist was accompanied by a team of assistants who called and set up meetings with many of the government officials central to the decision.  When the homebuilder lobbyist spoke he had a very impressive multimedia presentation and worked the room afterwards during the break.  Meanwhile the public was represented by a few families who came to speak, and two individuals from autism societies, neither of whom had any of the resources of the home builder’s association.

Who do you think had the greater influence?

This example is based on real scenarios from my own time in government advocacy, and it speaks to the question of who our government represents.  When lawmakers or rule makers hear from commenters before making a decision, the commenters tend to be lobbyists who speak for groups as opposed to individuals speaking for themselves.  When individuals do speak for themselves it’s been my observation that the words of lobbyists on behalf of groups still have more impact.

That should not be surprising; no one should wonder that an experienced professional lobbyist would be more successful at making his arguments heard than a neophyte visitor to Washington.

Many times, lobbyists work for groups whose names are misleading.  For example, research might reveal that “Citizens for Fairer Energy Policy” is actually a trade group for coal miners.  It’s often hard to discern where the loyalties of lobbyists lie and it’s even more difficult for government officials to discern the policies that will provide the broadest public good in the face of such polished and well-funded corporate lobbying.  Average citizens are generally unable to do anything like that, which leaves lawmakers listening only to the rich and the corporate to make decisions that affect everyone.

As the example of the autism society representative and the home builder’s lobbyist shows, the loyalties of many if not most lobbyists are not with the broad public. Many of the government decisions shaped by lobbyists are not Republican-Democrat in nature at all.  Rather, they are “benefit the public” versus “benefit certain corporate interests.”

Even when lobbyists represent a group, the group might not be the one implied by their name nor might it be what you expect.  For example, when judged by their name it sounds like Autism Speaks should be the voice of autistic people.  Yet they have - from the beginning - been primarily a voice of parents and grandparents as opposed to actual autistic people.  Autistic people come in all ages and abilities. Given that, and the fact most of us are adults the idea that parents of autistic children should dominate the conversations seems ridiculous but in their case that is what happened. The sad truth is that many lobbying groups are not what their names imply and it's very hard for an individual to know who truly represents their interests in Washington.

Cynics imagine government is corrupted by huge cash contributions to re-elect public officials, or lucrative post-government employment offers once compliant public officials leave office.  While those things surely happen the much more insidious concern should be the massive resources corporate interests pour into lobbying and how that renders the opinions of individuals – the people government is supposed to represent – largely invisible.

The situation today is dire, but it’s not hopeless.  Groups like the Autistic Self Advocacy Network demonstrate that a group of passionate people can – with very little cash expenditure but a lot of thought and commitment – move public policy in directions that are beneficial to most people.  They also demonstrate that population groups who once had no voice (in this case, actually autistic people) can find voice in advocacy.

It’s tempting to say, “let’s just ban corporate lobbying.”  But it’s not that simple.  Public health authorities will continue to ask questions like, “what can the pharmaceutical companies do with this?” in response to proposed policies, and it’s necessary for their interest to answer for an informed decision.  The goal should not be the silencing of corporate voices; rather it should be the putting them in proper perspective relative to the true public interests, which are those of the American citizens.

John Elder Robison is an autistic adult and advocate for people with neurological differences.  He's the author of Look Me in the Eye, Be Different, Raising Cubby, and Switched On. He serves on the Interagency Autism Coordinating Committee of the US Dept of Health and Human Services. He's co-founder of the TCS Auto Program (A school for teens with developmental challenges) and he’s the Neurodiversity Scholar at the College of William and Mary in Williamsburg, Virginia. He's also a visiting professor of practice at Bay Path University in Longmeadow, Massachusetts and advisor to the Neurodiversity Institute at Landmark College in Putney, Vermont.

The opinions expressed here are his own.  There is no warranty expressed or implied.  While reading this essay will give you food for thought, actually printing and eating it may make you sick.
Email Post
Labels: autism community government advocacy lobbying

jonathan said…
ASAN is a group that has encouraged self-diagnosis, is predominantly made up of women, despite the fact, research has shown there's at least a 6:1 ratio of men/women in the higher functioning group of autistics. to imply they speak for anything but the smallest minority of autistics is midsleading. They also try to take parents' right to cure their child if there were a cure available. so if you believe what you've said about AS speaking only for parents and grandparents, the same logic rings true for the highest up autistics on the totem pole who speak for those of us a the bottom 99%.
March 18, 2018 at 11:49 PM

John Robison said…
Thanks for your thoughts. The purpose of this essay is to comment on the balance between corporate and individual interests, particularly with respect to lobbying. It's not my intent to get into a discussion of ASAN vs. Autism Speaks here. I understand your issues with both groups, and as you know, I have encouraged you to come to Washington and offer your own voice before the IACC. That door is still open.
March 19, 2018 at 9:17 AM