This afternoon I visited Hilltop Farm in Suffield, Connecticut for Indian Day. Hilltop was built by Indian founder George Hendee upon his retirement in 1916. After leaving Indian, Mr. Hendee spent the rest of his life raising Guernsey cattle and supporting various charities including Shriner's Hospital, the YMCA, and the Boys Club. 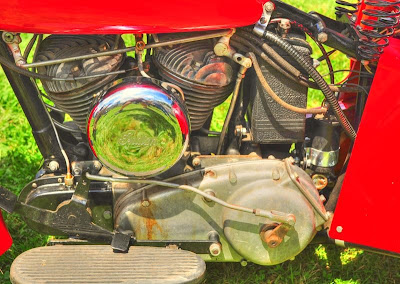 Indian was the world's largest motorcycle manufacturer for a time. After Hendee's retirement the company passed through a number of managers and owners. Manufacture of motorcycles in Springfield ceased in the early 1950s.

It's a bit ironic that we have an Indian celebration at the farm, because Mr. Hendee never had any Indian events there in his lifetime, as far as I know. In fact, when Charles Manthos - founder of the Indian Museum - asked Hendee's widow for memorabilia or information about the company, she just said, "Let it die." 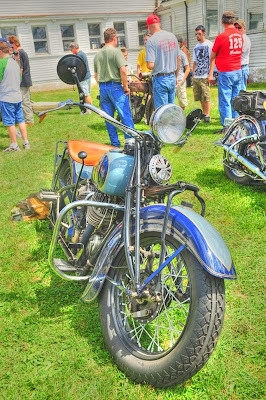 Mr. Manthos'widow recently donated the Indian Museum to the Springfield Museums, which will be opening a spectacular new exhibition building this October. 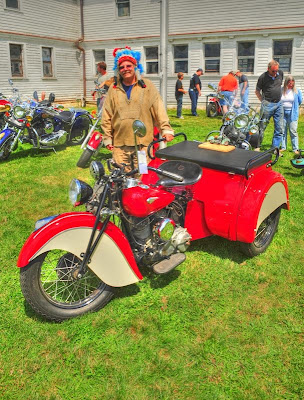 For those of you who ask about technical details, these pictures were created using a Nikon D3 camera with 28-70 lens and polarizer. The color was enhanced by the Photomatrix HDR Photoshop plugin. 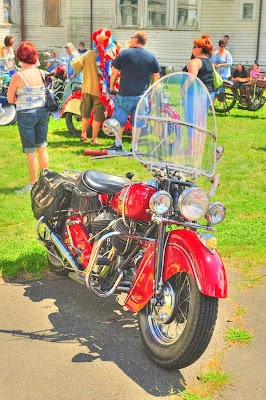 There were vintage and new Indian machines at the event. 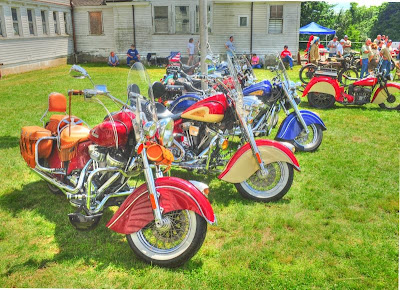 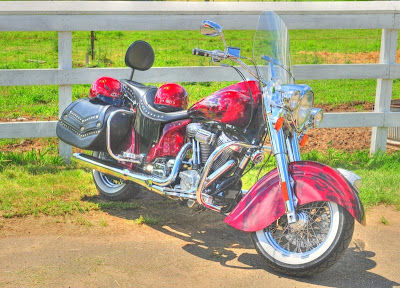 It was a nice setting, with the Indians lined up alongside the pasture fence. Most of the Hilltop events are agriculture-oriented, so this was a refreshign change for both the people and the animals. 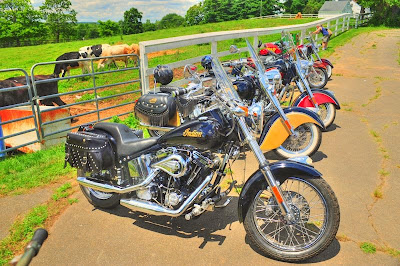 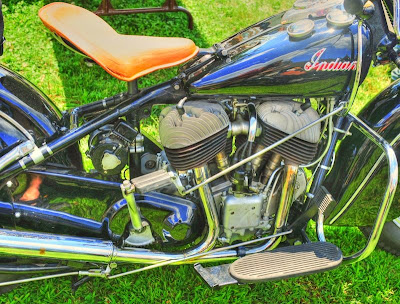 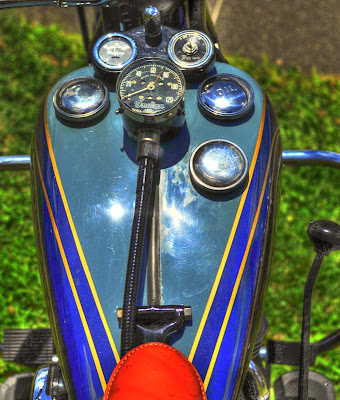 I was surprised at the number of vintage Indians that appeared. I was also pleased to see Butch Baer, an old time Indian racer whose father was the original Indian dealer in Springfield. And as a special treat, June Cook - George Hendee's neice - was there with her scrapbooks showing the farm in its heyday.

Here's a link to a local news feature on Butch:
http://www.wgby.org/localprograms/indian/pages/butchbaer.html 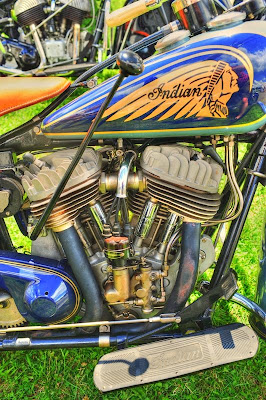 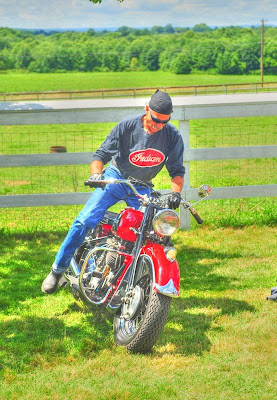 Most of the old bikes were ridden to the show. Here's a rider kicking his machine to start the journey home 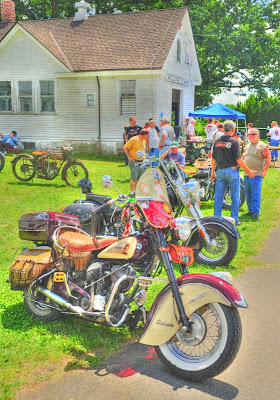 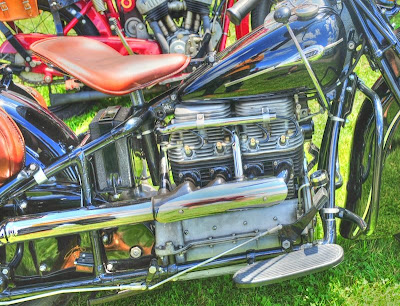 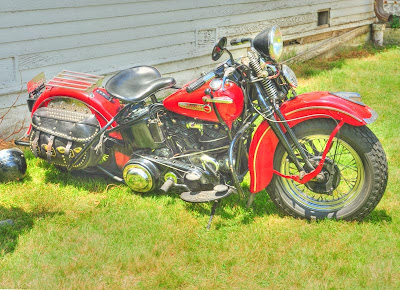 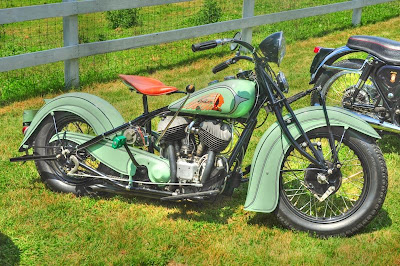 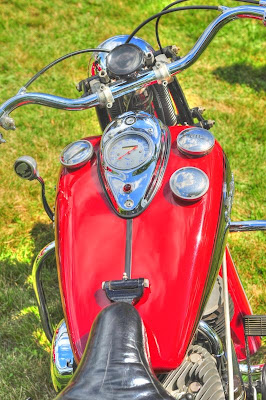 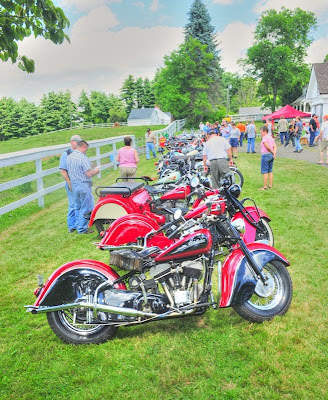 Rick Walba said…
I heard of you and your TMS experience on autismpodcast. The results of the TMS were only impressive in that they required no particular work.

You'll be interested in this:
http://www.nesacademy.com/sports/progress.asp You're a natural for it, as apparently you already have a well developed imaging faculty.

Give me some heads-up before your next visit to the BI, I'd enjoy having a chat with you. Your reply will go directly to my email.