I awakened to a crisp, cool Vermont morning. The fires from the previous night’s bacchanalian debauchery had burnt themselves out, but the smoky smell lingered in the air. It was a pleasant odor for anyone whose house or car had escaped destruction, and I was pleased to be part of that group.

Walking outside, I saw that the Stowe Inn had come through the night without a scratch, as had my car. The bridge to town was open, and the police had gone. There was nothing to be seen in the road but some shattered glass and a few trampled party favors. I started the Beast and stepped back as the exhaust popped and rumbled as the engine warmed up. A few minutes later, I was off.

I arrived at the show field early, but the scene was already mobbed. Hundreds, thousands, maybe tens of thousands swarmed through the gates of the Show Field on Weeks Hill Road in Stowe. I parked my car among others of its kind, and set out to wander the field. 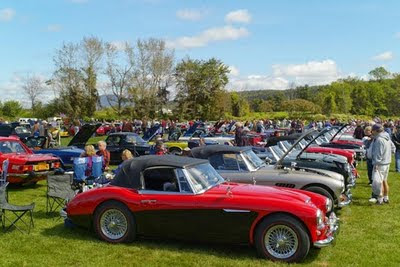 Within minutes, three Guardsmen showed up, parked near me, and emplaced a fifty-caliber machine gun to survey the field. I ducked and passed as they shot off a test round or two. Everyone was well behaved after they arrived. I was lucky to pass when I did, because I heard they began collecting tolls from passerby but I didn’t pay a cent. 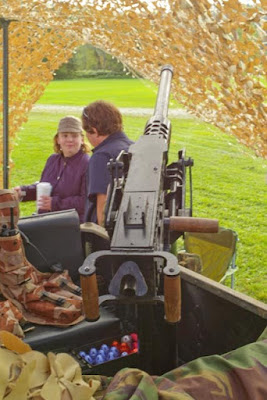 Their actions reminded me of some City Parking Lot Attendants who worked a lot down the street from me when I worked at Pink Floyd's sound company in Long Island City. After watching them all one summer, I was surprised to arrive at work one day to find them gone, and the lot chained up. It turned out they had not been City Employees at all. Instead, they were Enterprising Lowlifes with Bolt Cutters who had seen an opportunity and seized it. I wondered if the same thing might be occurring today, but I declined to mount a challenge.

Most of the cars were privately owned, but there were some Corporate Entries. Representatives from Jaguar were there, hawking a new sedan for $599 a month. With new car sales in the tank, what else can they do? Maybe next year it will be $399.

Right next to Jaguar I found the Breitling tent, which contained some fine watches, many of which cost considerably more than the Jaguar. Of course, they are made in Switzerland where labor costs are high . . . And some were Certified Chronometers, a point that cannot be made with any Jaguar.

I don’t want to sound like I’m speaking ill of Jaguar; I have one myself. Yet I can’t help but wonder how long they’ll be with us, at least at this show. If production moves to Delhi or Mumbai will they still be admitted here? I suppose the old British models will be allowed, and the problem of the Indian-built latecomers will fall to the next generation. By that time, we may be a province of India, rendering the whole thing moot.

There were some noteworthy entries. Some deviant with a welder had shoehorned a blown Hemi into a yellow MINI Cooper. The idea seems shocking at first, but upon reflection, you realize that’s exactly what every MINI dreams of turning into, when it grows up. 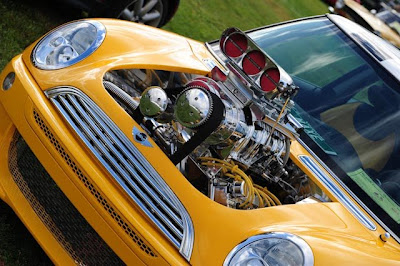 I saw a genuine Elva, yellow with a red stripe, parked near a fine red TVR. Out behind the cars, revelers sat, drank, and told stories, and I stumbled and bobbed my way through their midst.

At one point, I encountered a six-hundred-horsepower supercharged Aston Martin, an authentic Morris Moke, and two Norton Commando motorcycles. This year, a 1959 Land Rover won the concours. I don’t know if the judges were drunk, bribed, or what, but there was some heavy competition out there today.

I remembered Michael Jordan’s words from another event last week. There’s no I in Team, he said, but there is one in WIN.

I left as the bikers were fighting over tent poles for the Motorbike Joust. I did not get to see how it turned out, but I’m sure the details will be in tomorrow’s Police Log. We had a dinner reservation for 6:30, and I had to hurry if I expected to download my 800 pictures in order to upload the thirty or so you can see tonight. 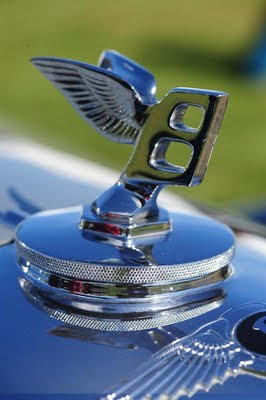 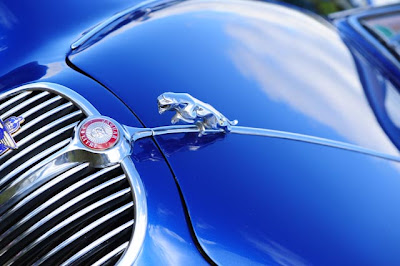 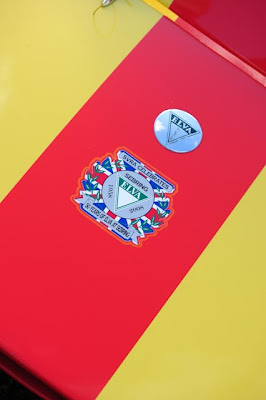 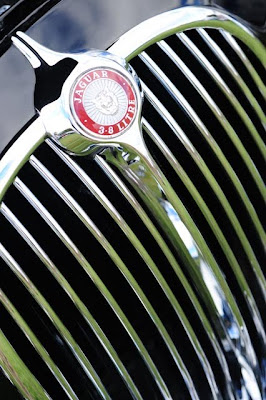 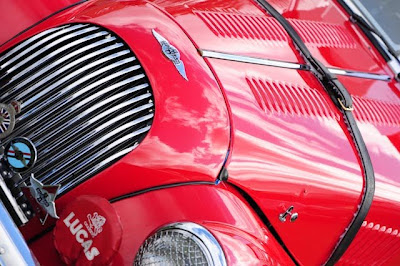 That is the Curse and the Blessing of digital photography. The advent of Large Memory Cards makes it possible for any Chimp to render Award Winning Images, simply by taking thousands of shots. Editing was easier when there was film, and it cost forty cents an image.

We dined at the Olde English Pub, where I had Bangers and Mash followed by a Spotted Dick washed down with tea. All in all, a respectable British feed. Alex had a problem with the concept of Spotted Dick, but I introduced him to Patrick O’Brien’s excellent writing, including his cook book which includes the Dick, and he calmed.

He became agitated again, when we returned to the hotel. Alex and Dave descended to the basement, where they got into a game of foosball after an unsatisfactory altercation on the ping-pong table. He (Dave or Alex; take your pick) expected to win, but things did not go as planned. In addition, the cigarette machine in the corner was empty. There is nothing worse than an empty cigarette machine. A working machine can be used. A broken machine can be robbed. But an empty one . . . you are just out of luck. Things began to escalate, so I slipped out the door before they grabbed pool cues in order to write you this report.

Darkness has fallen. I can hear the shouts, and the light of torches is flickering through the drawn shades.

Jay said…
Your love of cars and writing is so apparent John. You are truly a gifted man. Never forget that!
September 20, 2009 at 2:47 AM

That blue Jag looks mighty good to me though. My Volvo used to be that color, or close to it. Now it's more spotted sedan, with tree sap. :D :D

Anonymous said…
The story of the Long Island parking lot reminded me of this:

"Outside the Bristol Zoo, in England , there is a parking lot for 150 cars and 8 coaches, or buses.

This parking attendant worked there solid for all of 25 years. Then, one day, he just didn't turn up for work.

"Oh well", said Bristol Zoo Management - "we'd better phone up the City Council and get them to send a new parking attendant . . . "

Anonymous said…
:D :D :D That is too good. Smart guy. Took his destiny into his own hands. Saw a need and provided it without waiting for anyone else's permission. He deserves his millions in my view. He didn't hurt anybody. I bet he showed up for work every day. :D
September 20, 2009 at 8:30 PM

John Robison said…
Yeah, I've heard a few stories about "enterprising" parking lot attendants. But I saw that one for myself.
September 20, 2009 at 8:46 PM

cath c said…
better watch wordplay...bum stimulation could easily have an entirely different connotation which i'm sure you don't intend here. but i chuckled anyway.
September 21, 2009 at 10:18 PM

jess said…
cath c makes a very good point, jon - best to tread lightly when talking about spotted dck and bum stmulation all in one post
September 22, 2009 at 5:52 AM