The benefits of being an author

I don’t often write of the fringe benefits of being an author, because, frankly, I do not perceive authoring to have many benefits as compared to other trades one might ply. Sailors have smuggling contacts in every port. Long haul truckers have girls in every city. Cowboys have the glory and glamour of the rodeo. Swindlers and carnival operators have marks everywhere.

What do authors have? Just books.

Yet there are times when nothing but a book will do. This, for me, is one of those times.

It all started with a windstorm, back in June. The wind took down trees all along Harkness Road, and I headed out to cut them. The trees were not particularly big, and the work was not terribly hard, but something went wrong. The day after clearing the brush, I could barely walk. I’d sprained my knees before, but this was worse.

I waited a month, hoping things would improve, but they didn’t. I actually got worse. With great reluctance, I made an appointment for an MRI. My friend Joe Polino was the radiologist on duty that day, and he showed me the problem on the monitor, among shadowy outlines of leg bone and tissue. That’s a big tear in your medial meniscus, he said. It’s not going to get better. You need surgery.

Off I went to John Corsetti, the orthopedic surgeon. He greeted my wounded knee with the greatest of enthusiasm. We like cases like these, he said, because your pain is right where the MRI shows the damage and there’s no sign of any other trouble. That means you have a really high likelihood of a good outcome. But no matter what my likelihood, I did not have much choice, the way I felt.

I submitted to the carving knives Thursday morning.

I was due at the hospital at eight o’clock sharp, and I went, tremblingly. If I lived, I’d be home by noon. Or so they said. I was very worried, having never done anything like this before. But it went well. I remember was the anesthesiologist telling me to breathe deep, and a moment later I awoke in the recovery area with a big white sock covering my leg.

I was indeed able to return home for noon. When I got there, a remarkable gift was waiting. My editorial assistant – Stephanie Chan – had sent me a big box of books. That was just what I needed, in my newly disabled and drug-addled state. As soon as the Percocet wore off, I began to read.

Kings of the Earth, by John Clinch . . . All I’ll say about this wonderfully gritty tale is that I remember the people he wrote about, from my own childhood in rural Georgia. I highly recommend this book.

No Angel tells the story of Jay Dobyns and his multi-year investigation into the Arizona Hells Angels as an agent for the ATF. It’s a well-told tale, one that brings back memories of life with outlaw bikers from my own past. Only one thing about this book troubles me, and that has nothing to do with its writing. After reading about these guys lives, I can’t help but wonder . . . what are we doing spending millions of taxpayer dollars to infiltrate them and ultimately throw it all away with bungled prosecutions? Why are we there? 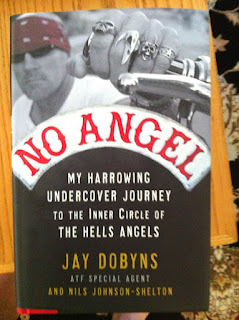 The Lost City of Z is David Grann’s story of the fabled city of Z that’s supposed to be hidden in the dark heart of the Amazon. The book doesn’t tell you where to find it, but I know it’s out there still . . . I thought back to a trip to southern Mexico with Cubby and his mom years ago. We stood on the summit of a pyramid at Tonina, a remote archaeological site near the Guatemalan border. Peering from the top I saw wooded hilltops all around, as far as the eye could see. Those are probably all unexplored pyramids, our guide said. We have not even uncovered one percent of the history hidden here. 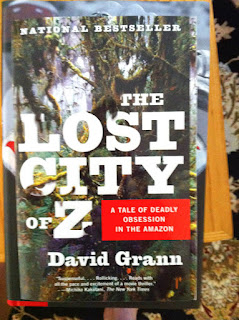 Then I tool a break from Random House to read two old Elmore Leonard books, and after reading No Angel I had to read for Hells Angles President Sonny Barger’s new book, Let’s Ride.

Priceless tells the story of Robert Wittman, who founded the FBI’s Art Crime team and solved some of the biggest thefts in American history. I never thought of art that way, but as he points out early in the book, the Gardner Museum Heist was the biggest property crime in US history. I’m in the middle of Wittman’s book tonight, and really enjoying his tales. 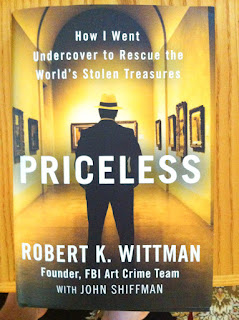 Next is the Oprah bio, a big bestseller from the spring.

After that, I have Did LSD Kill JFK? 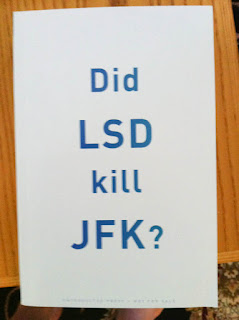 Escape from the Land of Snows 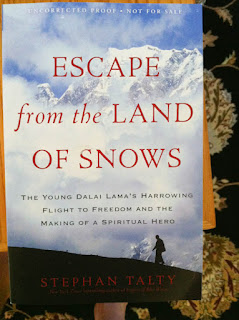 and the Immortal Henrietta Lacks. I may actually get mobile again by the time I finish these titles . . .
Email Post
Labels: book review publishing

Eric said…
A great selection John. I'm torn in my reading, having just purchased an iPad. It has a B&N app so I can buy e-books from Barnes & Noble instead of the infernal iBooks app that Apple furnishes. As much as I like the new technology, I love sitting down with a real book. Especially when it's an old book, the scent from the paper and binding is almost intoxicating to an avid reader. It is a joy that I hope never goes away, nothing can replace a good book in your hands.
July 19, 2010 at 6:53 PM

Your guide, who pointed out all of the surrounding rectangular mounds from the top of the highest temple at Tonina, was me.
July 20, 2010 at 4:21 PM

Did you by any chance see this link on CNN.com today?

When I read about the different speech patterns in your book I was very curious about it. I had some exposure to a group of kids in an elementary school gifted program and a few with some unique behaviors gravitated towards each other immediately. I wondered if perhaps it was a recognition of the voice drawing them to each other. Interesting stuff.
July 21, 2010 at 3:54 PM

Kathy said…
Hey, sounds like a patch of Heaven,getting to hunker down with ALL THOSE BOOKS! That IS a benefit!
August 24, 2010 at 8:58 PM