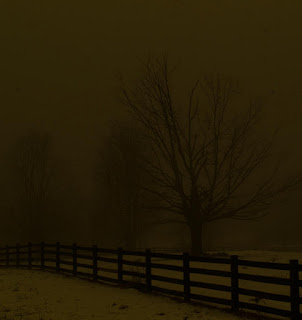 Last night it happened again.  Three in the morning I was awakened by the screams.  It sounded like they went on for hours, but in reality they probably trailed off after a few minutes.  This time, I stayed indoors, and I kept back from the windows.

I’ve never heard of them smashing windows to break into an unoccupied home, but they can certainly jump through glass if they see you behind it.  And an open window is just an invitation.

Once they get inside, you have a real problem.  Sharp teeth in a small space makes for a bad time.  I have a knife if it comes to that.

Of course, windows on the second floor are safe, most of the time.  Very few can leap that high.  But if one does . . .  Better safe than sorry.

There’s eight round of double-o buckshot in the gun, but I’m worried that might not be enough, if they swarmed in together.  I’m thinking of ringing the house with lights, and setting up a position on the roof.   A fellow could get up there with a rifle and an infrared sight, and pick them off in safety.  Unless the birds get in on it too.  Now that’s a scary thought.

This morning there was nothing to be seen but a large patch of blood and some hair, in the meadow between the house and the road.  No telling what they got.  That half a shoe we found the other day is still unsettling.  And it’s going on three weeks since that kid vanished.

Snake wants to rig claymore mines around the edges of the lawn.  I’m afraid of claymores, but it may come to that.  We’ll see.

Meanwhile, darkness has fallen again, and I’m settled in for another long night.  I hope the night vision I ordered arrives soon.

These posts get shorter and shorter because I don't want to run the lights to write at night.  Anything I can see by, makes me visible to them.  And that's bad.  The electric power's been spotty too, and I'm wary of venturing outside to start the generator.  Better rely on the batteries, and wait for dawn.

Maybe we should have rigged those claymores.

Narkito said…
This is pretty scary! Just before I read this post I read this article about a bear going into a candy store.

clarinette said…
Your home should be safer,you need to adress the safety issue!
Is there no way of installing wooden (or even metal, hurricane-proof type) blinds outside your windows? I live in France and every house has wooden outside blinds (volets), and we do not have wild animals in my village, but I still feel safer when they're closed at night....
Hope you find a solution!
October 29, 2011 at 9:55 AM

Anonymous said…
An engineering problem begets an engineering solution. Remote sentry guns should be a straightforward design challenge for an engineer with clean lines of fire and relatively far away neighbors. Just need the appropriate failsafe's in place combined with sensoring suitable to the expected target profile, add panic button and home "final defensive fire" becomes a practical reality.
November 5, 2011 at 4:27 PM