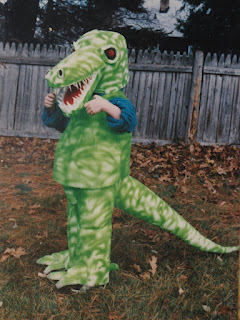 I’ve just come from this summer’s Autism Speaks treatment grant review, and I’d like to share some thoughts about our most recent work.  I’m very pleased at the direction we are headed.  Changes were evident the moment I entered the meeting room.  We had fresh faces representing new branches of science and engineering, and a real sense that we need to take action and translate recent years work into tangible benefit for the autistic population.

To understand what went on, I should begin with a little background on the review is conducted.  Most large foundations and the Federal government use a similar process; here’s how it works.

The funding organization first sends out a request for proposals.  In that, they spell out what they are looking for.  In this instance, Autism Speaks was looking for innovative proposals that led to new ways of treating or remediating some aspect of autistic disability.

Researchers from all over submitted applications.  Over 100 came in.  Of that number, roughly 70 were deemed suitable for serious consideration.  Those proposals were handed out to reviewers who had expertise in those areas of work.  Our reviewers are drawn from academia and medicine.; some serve as members of the permanent review board while others join for one session only.

The proposals were each examined by three reviewers, who assigned scores from 1 (wonderful) to 5 (poor).  Each science reviewer was assigned 6-10 applications; a fairly heavy workload given the volunteer nature of this work.

The scores were ranked, and the administrators selected the top thirty-some proposals for more detailed discussion based on those initial scores.  Those were the applications we reviewed this week in San Francisco.

The applications were discussed in a somewhat randomized order, one at a time.  For each one, the first assigned reviewer began by stating his score and describing the proposed work.  The second and third reviewers added their comments and scores, after which the proposal was up for discussion.  Any of us could ask questions, or express our opinions as to why the proposed work should or should not be supported, or how the proposal might be modified or improved.

We can only fund a fraction of the applications received, and we do our best to give constructive feedback when we turn a proposal down.  Maybe we think the goals are too ambitious, or some part of the methodology is not well enough thought through.  Perhaps we think a collaborator with different skills (software design, for instance) might be needed.  Whatever out thoughts, they go back to the applicants with the suggestion that they keep refining and reapply.

When the discussion ends (usually after 15 minutes or so) we all vote on the proposal and our votes are averaged to get the final score.  In that system, a passionate critic or supporter (like me) has the ability to move everyone’s scores up or down based on their comments.  That means any one of us can exercise greater power than one might expect given the size of the board.

I was very happy to see how the makeup of the review group has changed over the past few years.  Past boards were dominated by geneticists and medical people.  This board had computer science experts, robotics experts, and experts from speech pathology, psychology, and psychiatry.  That’s great to see because those are the disciplines that will deliver much of the practical help we need.  Since autism affects us in many and varied ways there was a lot of variety in the proposals we discussed this week.

There were only a few proposals involving medication, something I found interesting.  As more than one scientist pointed out, we have yet to find a drug treatment for any of the core symptoms of autism.  We treat the conditions that go with it – anxiety and depression for example – but the core problems remain untouched.  Yet medicine still holds promise, especially in light of emerging knowledge in genetics and biology.

Last year I wrote about some exciting work at Cold Spring Labs, where scientists found a connection between a genetic error and sensory sensitivity, and followed up that discovery with the identification of a possible drug treatment.  That work was not part of this week’s discussion but it’s an example of how we will eventually have drugs to remediate some aspects of autistic disability.

The idea of these potential drug therapies is simple to describe, but extremely hard to implement.  Geneticists find a coding error that’s linked to autism.  That error causes more or less of some chemical to be made in our brains, which in turn changes the way they develop in a maladaptive way.  With that knowledge, chemists develop drugs that (hopefully) address the chemical imbalance and facilitate more normal brain development or function.

That work holds significant promise for the most crippling aspects of autism.  But what’s being done for people at the other end of the spectrum; those who are not so obviously disabled but who still face substantial challenges with executive function and social skill?  That question was a major focus of this week’s meeting.

Quite a few proposals were directed at the development of better organization, stronger social skills, and other problems that challenge people like me every day.  We’re looking at how sleep dysfunction adds to disability, and what to do about eating problems.  We’re looking at practical adult issues with new therapies to help us succeed in school and employment.

There has been a great outcry for this type of work from the autism community and I’m delighted to see researchers are responding and the funding agencies are coming through with support.  It will be a few years before you begin reading results in the journals but this is the first step.

I was also very happy to see that a large percentage of the proposed work would benefit autistic adults, as opposed to children.  Indeed, the percentage of proposals that addressed teen and adult issues was the highest I’ve seen yet.

Many if not most of the therapies we discussed were directed at the more verbal end of the autism spectrum. The challenge there is that people often lack understanding of why they should say or do a particular thing, and teaching a rote response (the behavioral method, exemplified by ABA) comes across as mechanical and fake.  It’s far harder to teach this deeper understanding (which some NT people have instinctively) but this newest work proposes to do just that, in several areas.

The therapies we discussed were based entirely on talking.  Personally, I’d like to see the power of talk therapy augmented by new medication or tools like TMS but we are not quite at that stage in the research.  I can’t wait till we are.

The whole idea of this kind of therapy is to help those of us on the spectrum make our best possible lives.  That goal is in line with the reality of life for many if not most of us on the spectrum.  We don’t seek “cures” or fundamental change but we need tools to help us succeed at the levels we know we can.

At the end of our meeting we talked about another pressing issue: the need for a tool to evaluate changes in quality of life for people on the spectrum.  To my surprise, no good measure exists today.  If we want insurance to cover the new therapies we are funding, we’ll need to show that they really help.  Development of QOL measurement tools will be vital to this effort.

That brings us to the next step in this process: delivering the fruits of research to the population who wants help.  Right now, two things hold us back – lack of insurance coverage and clinician training.

Recent research initiatives have already produced promising therapies like PEERS and Unstuck but they are not available to many people because health insurance plans won’t cover them.  A good QOL measure for new therapies would make a powerful argument for insurance coverage.  Ultimately, though, resolution of that problem lies in the realm of insurance legislation and not science.   Until we solve that social problem the best of what researchers develop will remain out of reach for most families.

The other issue – clinician training – is one we must solve with additional funding.  When a new therapy is developed the researchers need to train a staff that will in turn train clinicians.  That training work must be supported by yet another grant, and those funds are very tight.  Right now many promising interventions remain relatively unknown for that reason.

Look for a press release in the next few months describing the final choices for funding.  When you read about the newest research remember this is how it was shaped and chosen.
Email Post
Labels: autism research autism speaks

Usethebrains Godgiveyou said…
I'm glad to see speech clinicians included. So far as practical help my mildly autistic son gained...the speech clinicians were at the top of the list. Next would be the Occupational Therapists. They have always been "in the trenches" and accepting of where our kids are at.

I know parents of severely autistic children tend to accept ABA as the sole answer to their childrens profound behavioral problems. I worked at a residential ABA school started by a parent. The kids there were unable to attend a regular school, and came from all around the country. They needed intense QOL work. The thing that I saw was that ABA made the Teachers predictable to the students. If you always treated them they same, in the "program sense", they were set off in an autistic rage far less often. There has to be a better way...but so far, it hasn't been found. Predictability of caretakers ... I bet you can see this in a social sense being magnified 10-100 fold for a severely autistic child. Add fear of mistreatment into that...

Unknown said…
Autism Treatment
vary greatly and before starting your child on any program perhaps you should ask yourself, and the caregivers.