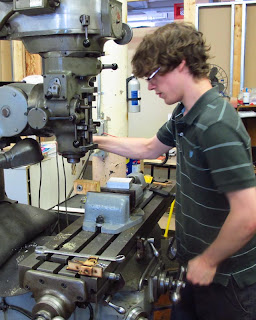 KIRKUS REVIEWS weighs in on RAISING CUBBY:
A father reflects on the “tumultuous father-son journey” that he and his son have shared.
In this alternately funny and moving memoir, a follow-up to his 2007 best-seller, Look Me in the Eye, Rob

ison (Be Different: My Adventure's with Asperger's and My Advice for Fellow Aspergian's, Teachers and Misfits, Families and Teachers, 2012, etc.) discusses how he dealt with the joys and challenges of fatherhood. As he relates, these were exacerbated by his own social inadequacies and those of his son, both of whom are Aspergian and suffer from “blindness to the nonverbal signals of others.” The author reveals his thought processes as he struggled to share his painfully arrived-at social insights with his son in order to help him navigate a fulfilling life. Though his early life was rocky, Robison became a successful electrical engineer. Although he had not completed high school, he worked on sound and lighting effects for Kiss and other top rock bands of the 1970s. Later, he designed computer games before opening his own business restoring and servicing high-end European cars. When his son was born in 1990, fatherhood proved to be more of a challenge. Beginning with his efforts to understand why his baby was crying, he describes the trial-and-error problem-solving approach that he used to compensate for his inability to intuit social signals. In 2007, his 17-year-old son, who had a basement chemistry lab, was arrested for “possessing explosives with intent to harm people or property.” Although he was ultimately exonerated, Robison believes that targeting his son was an example of political grandstanding by the prosecution and a failure of the justice system.

Anonymous said…
Happy "Survivor's Day", a day of quiet reflection and thanksgiving for those of us who are a little or a lot, different. Why shouldn't Aspergians have our own holidays?
November 13, 2012 at 9:26 PM

NicNick said…
I can't wait to read your new book! I'm really enjoying "Look Me In the Eye." I have a three-year-old son who was recently diagnosed with autism. He is so amazing and I love him so much! I want to learn from adults on the spectrum the best way to help him realize his potential. Thank you so much for your books and for your insightful interviews!
November 15, 2012 at 10:26 PM

aarongrey112 said…
Hi, Nice post thanks for sharing. Would you please consider adding a link to my website on your page. Please email me back. Thanks!