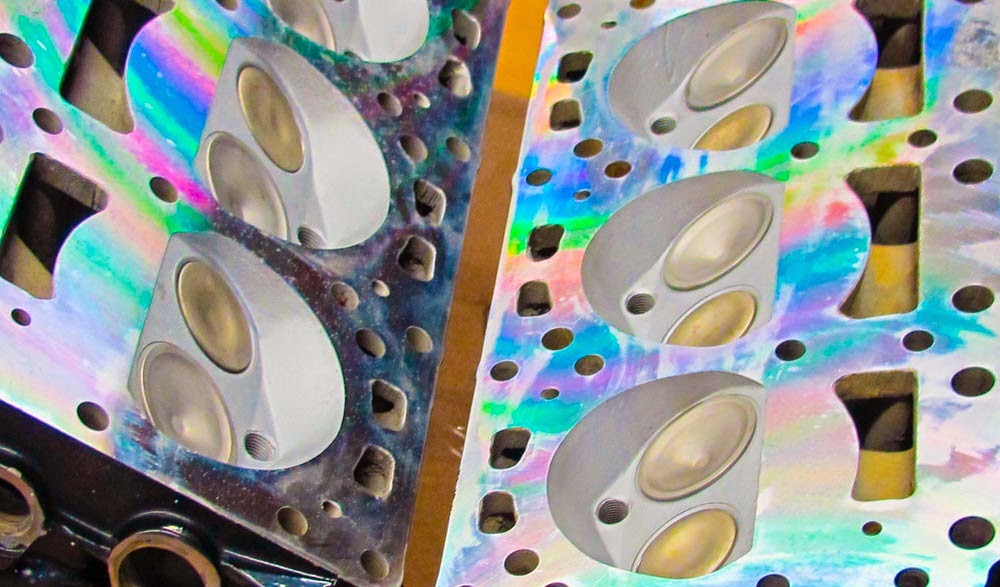 Author's Note:  This article was published in the spring of 2014, but it's just as valid today.  You may also enjoy this piece from Psychology today, one I wrote in response to the Newtown killings.
John Elder Robison

Autistic adults are crying foul at a recent Washington Post article that speculates on a connection between serial killings, mass murder, autism, and head injuries. The premise of the article is that those things may be connected in more than a coincidental way, based on a study of mass killers in various databases.  Neurodiversity advocates are rightfully concerned that the story will turn the public against autistic people for no good reason.

I say, Shame on the Washington Post for running such an inflammatory headline to promote such a poorly thought through article.

While the original paper has some interesting findings, the conclusions they reach, and the way they are presented – in my opinion – verge on irresponsible.  There is an overwhelming body of evidence that autistic people end up victimized far more often that we victimize others.  There’s no prior association between being autistic and premeditated aggressive violence. Articles like the one in the Post lead to further exclusion and victimization from a fearful uninformed public.

We saw that in the aftermath of the Newtown killings with the talk about whether Adam Lanza was on the autism spectrum, and by implication, whether autism was a factor in his crimes.  Young people with autism were bullied and isolated by irrational readers who were stirred up by the media frenzy.

The whole idea of this latest study is flawed.  The issue is simple:  correlation does not imply causation.  Researchers forget this to their detriment as they are led to wildly wrong conclusions when two data sets seem to fit together.  I’ll give you an example.  Right now, if we compare data from the US Census and the USDA for the years 2000-2009 we find a near perfect correlation (.993) between the divorce rate in Maine and the per capita consumption of margarine.

Who knew margarine consumption predicted divorce with such accuracy?  It (probably) doesn’t.  But an ignorant person, looking at the near-perfect fit, could easily be led to that conclusion if he lacked the common sense to see through it.

The problem with the Post article is that common sense isn’t common, the author does not explain this, and the correlations in the article are not as obviously spurious as margarine consumption and divorce.

Here’s what they claim: Of 239 killers, the authors concede that 133 showed no evidence of autism or brain injury.  But then comes the shocker:  67 (or 28%) are described as having possible, probable, or definite autism.  That makes autistic people sound pretty scary, doesn’t it?

It does not make autistic people scary to me, because I’m informed, and I know the statistic is ridiculous.  But people fear what they don’t know, and there is a lot of ignorance about autism.   The group of serial killers and mass murderers had other common traits, too, but the authors did not see fit to mention them in the same light.  For example:

None of the associations above are worrisome, because they are easily understood and evaluated by a layperson.  Yet every one of them is a stronger match than what the study’s authors claim for autism.

That takes me to the next issue with this study . . . their notion of “possible, probable, or definite autism.”  Let’s look first at the killers who really have autism diagnoses in the studied group.  The authors only identified six diagnosed autistic people.  With a total population of 239 killers – mostly male – the latest autism prevalence statistics suggest autism is about as common in this group as it is in the general population.

If we had a theory for why autism, brown hair, or blue eyes might make someone into a serial killer, things would be different.  But there is no such theory, and in the absence of one, it is highly inappropriate to make such a suggestion when it applies to an already-vulnerable population.

Armchair diagnosis like that may make for fun conversation, but it has no medical or psychological validity.  It’s speculation, pure and simple.  It wouldn’t be allowed in court and it should not have been allowed here.  The essential problem with speculation in the Aggression and Violent Behavior article is that most of the observed traits the authors associated with autism can also be associated with psychopathy and sociopathy, and I suggest those are more likely explanations given the demonstrated behavior of the individuals.

This study would have had a lot more validity if they had taken their sample of 239 killers and asked, "What psychological, neurological, or psychosocial issues can we definitely attribute to each killer?"  That would have produced a much more nuanced and complex result, but it would have been a result with real meaning.  The present study - looking only at autism and head injury - and its possible-probable-definite language, is hogwash.

So, in conclusion, I will just repeat - There are no studies showing a propensity for aggressive violence on the part of autistic people.  This most recent paper – which has gathered a lot of headlines but little professional praise – does not make that case either.

John Elder Robison is an autistic adult and advocate for people with neurological differences.  He's the author of Look Me in the Eye, Be Different, Raising Cubby, and the forthcoming Switched On. He serves on the Interagency Autism Coordinating Committee of the US Dept of Health and Human Services and many other autism-related boards.  He's co-founder of the TCS Auto Program (A school for teens with developmental challenges) and he’s Neurodiversity Scholar in Residence at the College of William & Mary.  The opinions expressed here are his own.
Email Post
Labels: #actuallyautistic blog autism blog autistic murder mass murder

Selene dePackh said…
I do wonder if in some cases, particularly of mass school attacks rather than serial killings, post-traumatic effects of bullying may have entered into the psychological profile. As an autistic who suffered intensely in school from it, when I heard people say they didn't understand the Columbine shootings, I said I didn't agree, but I understood the rage that could spark it.
May 22, 2014 at 9:01 PM

John Robison said…
There's a large difference between understanding the rage you feel from being bullied, and going out and killing 20 people over it. That's the thing . . . very few people cross that line.
May 22, 2014 at 9:13 PM

Gluten Free in Lake County said…
Thank you for explaining this so clearly and in layman's terms. Much appreciation from an autism momma.
May 22, 2014 at 9:41 PM

Jean Sunell said…
The article is a bunch of bullshit written by morons. SHAME ON THEM ! Don't you just love these arm chair scientist with diarrhea of the mouth? They owe the autistic community a huge public apology.
May 22, 2014 at 9:57 PM

Jean Sunell said…
SHAME ON THE WASHINGTON POST! They owe the autistic community a public apology and sn admission that they don't know what the hell they're talking about. They need to publish JER's completely informative response to their made up assumptions not based on any facts whatsoever!
May 22, 2014 at 10:06 PM

Unknown said…
The University of Glasgow reported the research news initially at http://www.gla.ac.uk/news/headline_330922_en.html. It never links ASD with Mass Murder. The only bad thing the researcher Dr. Clare Allely said was "We would recommend that, in future, all serial or mass killers who are apprehended should be thoroughly assessed using standardized tools for investigating neurodevelopmental disorders including ASD and head injury." This would be unethical in a sense that it would predispose the person to be judged with a diagnosis of ASD. That is so wrong.
The Washington Post writer totally misunderstood the research article. Terrence McCoy, the WP writer, even mislead us by saying in his title "Significant statistical link." The research paper "Neurodevelopmental and psychosocial risk factors in serial killers and mass murderers" (see http://www.sciencedirect.com/science/article/pii/S1359178914000305)
has specific words saying "Autism has an association with mass murderers." Nowhere does the research article state statistical significance of a link. Shame on the writer Terrence McCoy - he never even read the research article. AND the researchers who published the report have improperly misled the public with wording such as "Let's build a registry for every known mass murderer to find the link." What Allely did not clarify is that there is only a psychosocial stress factor in an ASD subject who commits mass murder. That is what they should have noted. To me, Psychosocial stressors are the vector of serial killing and mass murder in any person.
May 23, 2014 at 2:06 AM

Unknown said…
While I agree with your assessment of the asinine article, I seriously question anyone "choosing" to be a prostitute or drug dealer. These ways of earning money are really much more about survival than career choice.
May 23, 2014 at 6:01 AM

Usethebrains Godgiveyou said…
I know you regard science highly, and see it leading to understanding...much like the epileptic suffers from abnormally discharging nerve cells in a manner that is beyond their ability to overcome, rather than demon possession.

I feel dehumanization of autistics by science is the single greatest factor inhibiting advancement in the field. We can't understand that we fear.Much of the science today is fear based. Here is another example where Armegeddon is equated with eveybody being autistic because they weren't touched enough as children, rather than it being a disability of nerve endings. We are hardly past Bettlehiem. http://phenomena.nationalgeographic.com/2014/05/21/the-roots-of-autism-are-in-the-skin/
May 23, 2014 at 6:52 AM

MJDevries said…
Please send this to the Washington Post as a response so that the readers of the original article all get to see your wonderful response!

Rosemary said…
Why is the media so freaked out about ASD? They treat it, and those of us with it, like lepers who have a horrible disease. I know, it is difficult to function sometimes in neurotically society, but that doesn't mean that I am gonna go out and murder people. Geez! Watch out! She's a gun owner, and on the spectrum!

Anonymous said…
Thank you for writing this. Excellent analysis about what is wrong (among so many things wrong!) with this "study." I wrote about this topic here: http://paulacdurbinwestbyautisticblog.blogspot.com/2014/05/washington-post-autism-mass-murder.html
May 24, 2014 at 10:06 AM

Selene dePackh said…
even more sadly relevant today... somewhere we have to connect with each other's humanity before this becomes the new normal. </3
May 25, 2014 at 11:04 AM

Forsythia said…
Now we have the situation in Santa Barbara where yet another serial killer had been diagnosed with Asperger's. I hope people--most of whom know nothings about Asperger's--can be made to realize that the vast majority of Aspies are not violent.
May 26, 2014 at 3:03 PM

Follow That Drummer said…
This feels like it could be Wakefield all over again. It doesn't help one iota. If only the Post would run your response...
May 27, 2014 at 9:09 AM

Unknown said…
Tons and tons of murders are committed every year, yet there are very few mass murderers and even fewer mass shooters.

Something like 70 mass murders were committed in the US in the past 2 years, two of whom were committed by folks with autism, Adam Lanza and this kid -- nearly 7% by autistic folks.

Usethebrains Godgiveyou said…
Maybe it's only the ones being treated by psychiatrists, who have the added onus of pharmaceutical involvement. Both were. Even ritalin can cause a psychotic break.
May 29, 2014 at 2:37 PM