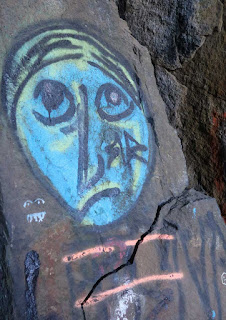 Humans seek relationships for all sorts of reasons:  protection and mutual aid, employment, friendship, romance . . . It should not surprise anyone to read that people like to be with others who are like them. There are a million ways to define “like themselves,” and it may not even be a conscious choice, but there is no doubt that many communities of like-minded people exist, just as many like-minded people become friends or romantic partners.

Evolutionary psychologists have a term for that: Assortative Mating.

Said that way, you might think people primarily pair off with others like them for romance, but in fact people connect with “folks like them” for most all relationships in life. In the case of neurodivergent people, a recent Swedish study supports the assortative mating theory:

In that study, researchers found an autistic person was 11 times more like to marry another autistic person than average.  They were also more likely to marry a person with ADHD schizophrenia or bipolar diagnosis. In that study, neurodiversity marries neurodiversity.
https://www.spectrumnews.org/news/people-with-autism-prefer-partners-on-the-spectrum/

Anecdotally, it appears many who are diagnosed on the autism spectrum in adulthood discover many of their old friends are autistic too.  I’ve written about that in my books.  It’s not unusual for an adult to have 5-10 adult friends who turn out to be on the spectrum.  How does that happen, given ignorance of neurodiversity at the time of becoming friends?   If it was just chance, a person’s circle of acquaintances would have to be 50 times the number of autistic friends they have, and that’s rarely the case.  That’s an illustration of “assortative mating” matching up non romantic friends.

Being different has a huge impact on one’s relationship skills/success, as in these accounts of women discovering their neurodiversity:
https://www.bbc.co.uk/news/resources/idt-sh/women_late_diagnosis_autism

People often try to hide their differences in hope of fitting in.  In the neurodiversity community that’s called masking.  Here’s an account of its effect:
https://www.spectrumnews.org/features/deep-dive/costs-camouflaging-autism/

Questions for the class:

What are some psychological consequences of an inability to form or sustain relationships?

How do those consequences match the psychological challenges common among neurodivergent people (from earlier class discussions)?

In previous neurodiversity classes we talked about neurodivergent people’s often-diminished ability to read body language, understand subtle cues in language, or respond in expected ways in social settings.  While those challenges are real, they are not exclusive to neurodivergent people.  Who else has similar challenges?
1.    People from foreign countries who don’t speak the local language?
2.    People from cultures whose behavioral norms are unacceptable in a different culture?
3.    Blind people, and individuals with some other perceptual disabilities?
4.    Other groups?

There is no doubt neurodivergent people have more challenges with relationships than neurotypical people, as a group.  But are the challenges unique, or a microcosm of what every human faces at some level?

What do we do about difficulty forming relationships?  Mutual support – often from online communities – is helpful.  Therapies like PEERS are emerging.  Are they just for the neurodivergent, or for anyone?  Read and consider . .

The opinions expressed here are his own.  There is no warranty expressed or implied.  While reading this essay will give you food for thought, actually printing and eating it may make you sick.
Email Post
Labels: autism neurodiversity relationship william & mary

Northern NY Mom said…
Right now, I'm laying awake dwelling on my 10 year old's social life. Friendships. Teachers. Society.
Its a huge struggle for him these days. And living in our rural, not-so-sympathetic community isn't making it easier.
If we had access to more programs, education, and supports then perhaps it woukd be easier for all involved.
I dont2know.
November 19, 2018 at 1:47 AM

Usethebrains Godgiveyou said…
I'm a little autistic, maybe. At least SBC thinks so, according to his AQ test. Big time science nerd...school was easy.Shy, introverted, all that mess.

My best friend in high school was an outstanding athlete, a leader among women...and a really poor student. I could never understand why we clicked. We are still friends, she is my son's Godmother. (He is autistic and dyslexic, an interesting mix.)

So, we were one autistic and the other,dyslexic, which we figured out only as adults. Kind of like a mini Silicon Valley...neurodiverse before there was a word. If either of us had been "normal", would we have been friends? IDK....
November 19, 2018 at 7:20 AM

Thank you for this blog and the space to have discussions.

I’m experiencing a family relationship crisis with my sibs - I’m the oldest and only adult sister of two brothers. I’m NT, one brother was diagnosed at 47 with Aspergers and my youngest brother is NT. Our parents died 20 years ago and I feel responsible for having as good a relationship as possible between us three sibs, now ages 62, 56 and 55.

Is this an appropriate forum to ask for comments on our situation? If yes, I’ll provide details. If not, does anyone know of an online forum that would be appropriate?

Forsythia said…
Not a day goes by when I don't think about our autistic grandson, who is now 16. He tells me that he tries to act as "normal" as possible. Now that I've read your post, I understand that what he's doing is "masking." He's pretty good at it. What this does, unfortunately, is lead people to assume he is NT and expect him to behave as a NT. When he doesn't, they don't know what to make of his behavior.
December 4, 2018 at 4:54 PM

Anonymous said…
The importance of Autism Community in today's world is immense for Autism affected families and individuals. JuliasFriends is a site dedicated to Autism Community made for families with kids on the autism spectrum.
February 11, 2019 at 2:19 AM