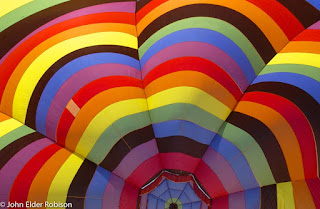 Human diversity emerges as a result of genetics and environment. There is a large heritable component to some neurotypes, just as body shape tends to run in families. But it’s not all genetics. Environmental factors also influence human development. Diversity is also driven by evolution as many traits confer situational advantages, but it’s always a balance as “too much” or “too little” shades from difference into disability.

The continuum of neurological function includes people with many different cognitive traits. Memory, emotional sensitivity, ability to focus on a task, mathematical ability . . . all those things vary, as does general intelligence. Emotional intelligence has long been recognized and we are now seeing it is on a continuum with logical intelligence at the other end.  In other words, some people are governed by emotions while others, in the manner of Star Trek’s Spock, are logical.

During the twentieth century psychiatrists gave diagnostic labels to cognitive traits that had been observed for a long time, but not pathologized with a diagnostic label. Happy or sad were long-recognized states of mind; psychiatrists recognized extremes of these behaviors with terms like manic or depressed, and they created formal labels like “major depressive disorder.”

Attention deficit hyperactivity disorder (ADHD) became the medical term for something parents called “bouncing off the walls.” Being withdrawn into oneself, having a limited range of interests, and having an impaired ability to connect with and engage others became autism, or autism spectrum disorder. The extreme logical thinker may exhibit traits of autism while the extremely emotional person can manifest traits of schizophrenia.

For several decades following their introduction, terms like ADHD or autism were only used to describe people with severe, profound impairments.  Those labels were bestowed on children whose behavior was far different from that exemplified by most kids. Since differences existed on a continuum it was up to the trained professional to determine when simple difference became pathology.

Whatever one calls it, the range of neurological function, encompassing both typical and abnormal behavior, observed across a number of domains, describes human neurological diversity. That is neurodiversity, but neurodiversity is also more. . .

Neurodiversity has also become an identity; when individuals who had received psychiatric diagnoses wanted to identify themselves in non-medical terms.  They felt they were “more than a diagnosis,” and believed medical labels pathologized them or carried stigma.  Soon the word neurodiversity was adopted by others who lacked a formal diagnosis but still felt “different.”  For them, the term was not assertion of a medical condition, or an attempt to claim disability supports, but rather a way to center themselves in the world.

In the neurodiversity worldview people whose neurology is “average” are called neurotypical. People whose neurology differs from average; i.e., having traits of autism, dyslexia, or ADHD, are neurodivergent. Neurodiversity is the term for the continuum, and the population may be called neurodiverse.  While that seems straightforward, it implies “one way or the other” that does not exist in real life. Psychologists agree there is no such thing as “typical” – we are all individuals.

Therefore, thought leaders now question the use of the terms neurodivergent and neurotypical. They argue that neurotypicality is an invalid concept since there are no people who have been tested and found to be “midrange” in all cognitive dimensions. Instead, each of us has a mix of strengths and weaknesses, and since we are not generally tested, our abilities are only guessed at. Therefore, neurotypical is merely a rough approximation even as the population is undeniably neurodiverse. No one word defines us; individuals are best described by their specific traits or even by support needs.

Neurodiversity is therefore a biological fact and also a term of identity.  When someone identifies as having autistic traits in the context of neurodiversity, they are not generally seeking medical supports or disability accommodation though they may also seek those things through formal diagnosis.  Rather, they seek a sense of community by identifying with what they believe is a like-minded group.

Self-diagnosis of autism or ADHD is controversial but anyone is free to embrace the neurodiversity paradigm and say they are “different” because they are not assuming a formal medical label.

Studies have shown that most people judge themselves to be less disabled, even as observers think they are more disabled. In most cases disability is in the eye of the beholder.  An exception would be in the world of work, where a person might not think of themselves as disabled, but they might not be able to complete certain work tasks on time or at all.

Schools and workplaces are fast developing neurodiversity programs, with a view to accommodating a wider range of people in schools and in jobs. That is a laudable goal, and an array of supports will no doubt allow people who have been excluded from work or school in recent years, to participate. Neurodiversity programs with intensive supports and a social welfare model – like Project Search – will help a number of people who are too disabled for other programs.

Beyond that there remains a portion of the population whose cognitive differences limit engagement in school and preclude transition to work. They may not be able to communicate effectively, or they may have significant cognitive impairments.  They may have medical complications like epilepsy that compromise quality of life. Critics of neurodiversity express the fear that broad adoption of the neurodiversity paradigm renders such people invisible.

In this writer’s view, that need not happen.  Programs to support less disabled people should never come at the expense of programs for the more disabled.  Disability support is not a zero-sum game. Neurodiversity – whether as neurological fact or social identity – should not be perceived as denial of profound cognitive disability in its many forms.  Neurodiversity is a way for people to identify themselves, but some people are so disabled they cannot do that, and they cannot rightly be called anything but seriously disabled.

Is #Neurodiversity right for you?  That's for you to decide, but I will offer this:  If you feel you are different, or see in yourself traits of defined neurological differences like autism or ADHD, the Neurodiversity paradigm is a healthy way to see yourself and the world.  If indeed your neurology is different, then that is a fact.  It's not a sickness you can cure.  It it the way you are.  Accepting that and making your best life going forward with an informed understanding of your strengths and weaknesses compared to others is a healthy way to proceed.

papercraftgoddess said…
Thank GOD I found your book Look Me In the Eye. Or else I would've killed my husband by now. Seriously. He's Aspergers. Our son is High-functioning autistic. Not as genius oriented as Aspergers but less of an asshole. No offense intended. But that's actually my question. My husband is Hispanic. Grew up as man of the house. Excelled in sports. Straight A student. Got into the Marines. BS degree. Is a Software Architect. Learned how to be a hit with the ladies. So no abusive family (unlike mine-I'm ADHD-child of abusive alcoholic-cheers!) No taunting or being treated like shit. Is a PERFECT human being to people at work (he works from home but always on phone) but 95% of the time is snappish, impatient, always yelling at me and the kids....just an asshole! You addressed the dark side of Asperger's in your book a little bit. But do you find yourself causing friction in your relationships constantly? Don't get me wrong...I'm far from perfect. I can be a completely neurotic, bossy bitch. But I can honestly say I'm not the problem here. Do I just suck it up and get a boyfriend or just shoot him and get it over with? (and yes...I'm kidding about shooting him. Although I admit I'm tempted to knock him upside the head several times a day) 😂 Thanks for all you do! Love your books and "Varmints" as well!! Augustin's books got me through a really rough time in my life...yours are getting me through another!! Much love and thanks, Carmen www.papercraftgoddess.com
March 15, 2020 at 3:42 PM

Robertus said…
To John:
What do you think of the imprinted brain theory?

To Carmen:
You may be interested in the imprinted brain theory. It may offer some answers (albeit indirectly).
October 16, 2020 at 8:00 AM