This #coronavirus outbreak is causing a tremendous amount of fear and anxiety, especially among people with autism and other disabilities. Many of us have expressed fear that we may be seen as expendable and we are likely to be more at risk due to other medical complications. 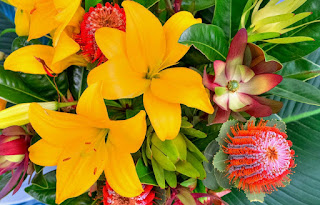 As an autistic person the best thing I can offer by way of calming is some logic and reason, based on good facts.
Our country's failure to expand testing has created the perception that there may be thousands or millions of undiagnosed, non symptomatic cases lurking. The evidence isn't bearing that out. Massachusetts is ramping up testing fast, from 50 tests a day two weeks ago to 1,000 tests a day now. Currently the tests are only done on people that doctors suspect may be infected. But 90% of the tests are coming back negative.
Consider what that says:  Most of the people who think the have coronavirus, or are suspected of having the virus by doctors, don't.  No matter where you are, you are likely to suspect virus is lurking unseen within you or the next person you will see. The current odds to not bear that out.  At this time, the fear is worse than the reality.
We say air travel carried the virus around the globe. But look at who got sick - passengers in adjacent seats. Not flight attendants. Not whole planeloads of people. That strongly suggests that the virus is mostly transmissible over short distances - 2-3 feet. There is no surge of cases among airline stall, all of whom walk the aisles. So that argues that social distancing works.
News stories focus on the total number of cases, without considering that most people recover, and the number of ACTIVE cases is much lower and growing slower that the scarier total number some reporters like to present.  While reporters tend to focus on the rate new infections are reported, that number may grow faster as we ramp up testing efforts. A more significant number is the daily death rate. When that slows and begins to decline we will be topping the curve even if that's not apparent in the new infection statistics.
In Boston we had a big bunch of cases that emerged from the Biogen conference where large groups were packed for hours in conference rooms with a few infected people. We have learned from that. For many of us, we are not that close to people now and we are not next to them for hours.
Even in families when one member gets sick it is not a foregone conclusion everyone else gets it. That rate is actually under 40%. That gives hope also that this virus is not so incredibly contagious that we are all destined to get it in a matter of weeks, as some alarmists predict.  If our social distancing slows the spread, hospitals will not be overwhelmed, and care will be there for the population who really need it.
Finally, with all the focus on deaths, the fact is, more than 96% of the people diagnosed with coronavirus recover fine. Since we know there are some folks who get mild cases and never get tested, the survival rate is probably higher. Therefore, if you do get it, odds are still on your side.
Sure, you may have risk factors like age, diabetes, heart issues . . . but you can also take steps to reduce risk, like the social distancing and staying home and out of physical contact.  Given the number of people who don't take protective measures your own actions may well more than offset risks from age and other conditions. As always, we have options to influence what happens. Our individual outcomes are not preordained. Risk factors do not equal  "being doomed."
There are always two sides to these things. Those are some facts to consider and discuss.