The state of science and treatment in the world of autism 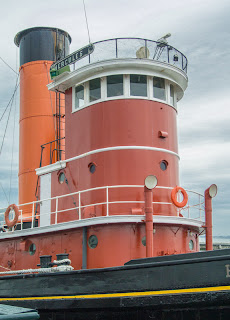 In 2006, President Bush signed the Combating Autism Act, and our government officially declared war on autism.  However, like many modern wars this one turned out to have murky goals and elusive combatants.

Where most wars are fought with soldiers and guns, this one is fought with doctors, scientists, and dollars.  The “armies” come from three federal agencies – CDC, NIH, and HRSA.  The “enemy” is said to be inside us, or possibly in our food, or maybe in the vaccine or even the paint.

So far, a billion dollars has been spent.  What do we have to show for it?
Last night I posed the question on my Facebook page, and 200 people responded.  I asked:

Have Autism Services gotten better for you in the past five years?
If you have a family member on the spectrum, and they have had a diagnosis for at least five years I wonder what has happened with services in that time. Are you getting more services, or less? Are they better, or worse? Is your family members quality of life better, or worse? Finally, how old are they?

A majority of parents whose children were under 16 said things are better.  More services, better services.  However, the improvement seems limited to younger people.  Many parents whose kids turned 18 found services came to an abrupt halt.  Most adults report no services before, and few or no services now.

This does not sound like a victory to me.  It sounds like we’ve made some headway with kids, and ignored the rest of the population.
What should we do going forward?  We have a finite amount of money to allocate toward this autism thing . . . the war; a struggle; whatever you want to call it.  How should that money be spent?

To answer that, we must begin with some background.  We’ve spent hundreds of millions chasing genetic, biological, and environmental foundations of autism.  That work will probably prove beneficial to humanity in 10-20 years, but it does nothing for us today.  It’s not a waste – basic science is often the best science over the long haul – but the benefits will mostly accrue to the next generation.

At the same time, we have developed some promising therapies that could help many of us in one way or another, but for a variety of reasons, they are not generally available.  In fact, there is not even a recognized catalog of what we’ve developed.  It’s as if our research has vanished, into the void.

Researchers might object to that statement, saying they published their work in this journal or that.  However, if you ask a practicing clinician to name ten therapies developed in the past five years most would be unable to do so.  Why does this happen?  There are a few reasons:

- There is no central index of therapies to match symptoms with treatments, as there are for most diseases.  There’s no “one therapy for all” in the autism world, and no way for any one person to know the whole range of what’s out there today.
- The therapies that have been developed are not generally available because – for the most part – there are very few centers training clinicians in new treatments.
- The final barrier is that most emerging therapies are not covered by insurance (for a variety of reasons) and so are essentially unavailable to most families.

There are the many things we do not know. We have no idea if autistic people are more at risk for depression, stroke, or a thousand other problems as we get older.  We have no idea how to raise our chronic rate of unemployment.  For most questions you ask about adults, we don’t know anything at all.  That is the hard truth.  After all the money we have spent, we know next to nothing about autism in adults and over the lifespan, and we have delivered very little of value to that part of our community.

That, in a nutshell, is where we stand with the science and treatment of autism.
What should we do, to move forward constructively?

First of all, we need to shift the conversation from autism in children to autism in people.  The fact is, the years 1-18 are but a fourth of our lifespan.  For every kid with a diagnosis, three adults are out there, waiting to be found.  That’s a lot of people in need, folks!

In my opinion, its time for a fundamental shift in our priorities.  We need to learn more about how autism affects us at all ages, and move away from the current child-centric model of study.  We know intuitively that adults have a very different set of challenges than children.  We have looked long at hard about childhood issues in autism.  Adult problems are largely unexplored.  That’s got to change.

This pool of tools must be broad enough and deep enough to cover all our diverse needs.

But that is just the beginning.  Research alone won’t fix our problems.   New therapies – and the almost-new therapies we’ve developed in the past five years - need to be validated to ensure they really work.  Those that do must be “profiled” to learn who they will help, and under what circumstances. We need prescriptive guidelines, so we can use them like antibiotics and other medicines.  Then we must press Federal and state insurers, and private insurance carriers to get these therapies under the umbrella of coverage.

The best treatment in the world is worthless, if you can’t get it.

Finally there is the question of autism therapy delivered through schools.  A large part of today’s autism therapy is actually delivered in schools as opposed to through the medical system. I’m all for delivering help in school, but there are issues and limitations.  The biggest is that schools only help schoolchildren and services usually halt when kids graduate or drop out.
Then there is the matter of money - autism therapy costs are overwhelming many school districts.  I don’t have answers for those problems today, but they are big issues that cannot be ignored.

In my opinion, the proposal above should be job #1 in the world of autism science and treatment.  I believe in basic research, and feel it must be continued, but we need to help our people now and the people living with autism today must come first.

What do you think?  Is this where you feel we should be headed, or do you see a different path?  I await your comments . . .

John Elder Robison is an adult with autism.  He’s the author of Look Me in the Eye, Be Different, and Raising Cubby.  He serves on the Science Board of Autism Speaks, and he’s a member of the Interagency Autism Coordinating Committee of the US Dept of Health and Human Services.   The opinions expressed here are his own, and do not reflect those of any other organization or agency.

jonathan said…
you're correct that whatever causes autism has been an elusive combatant in that we know very little about this entity.

The goals are not murky. The ultimate goal of the CAA was to find a cure for autism, though this has been subterfuged by numerous anti-cure, anti-treatment members of the IACC. Interesting that not one pro-cure autistic has been appointed a public member of the IACC.
April 20, 2013 at 4:01 PM

Whatever these groups are, it sounds like you have a bone to pick with anyone who thinks that helping autists who exist now is less important than preventing the birth of autists in the future (which looks far more likely a result of most of the current searches for "The Cause" than do effective treatments and mitigations).

Steve Borgman said…
You said it so eloquently - on the one hand, it's great that a generation of children with autism has been helped. On the other hand, those children are now 19 and older, and in desperate need of ongoing help with careers and relationships. I hope that future research money will go to help them.
May 16, 2013 at 7:58 AM

Juliet said…
I agree that resources for adults with HFA and AS are limited for those who seek them. However, many have developed the strategies you described in Be Different on their own, but without the conscious reflection you have demonstrated. They are functioning just well enough to not self-identify the need for services even if they were available.

Just as parents are the first to notice that their children are developing differently, and then avail themselves of support, those who are most aware of the undiagnosed adults are often their intimate partners. Reaching an adult population may first require educating the intimate partner of any treatments/therapies that are helpful.

In particular, disseminate information to marriage counselors. They are the ones on the front lines whose strategies and techniques need to be modified if AS is part of the picture. Currently all they can do is tell the 'nypical' to leave the asshole. Consider using your soapbox to address this.
May 21, 2013 at 12:41 PM