When is something Terrorism, and when is it just crime? It's time to start dissipating the cloud of fear 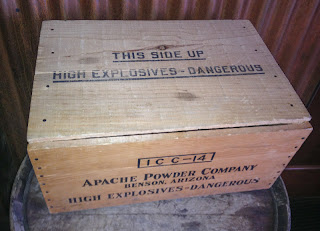 When is deadly violence terrorism, and when is it murder?  In the wake of the Boston Marathon bombings there seems to be a universal outcry to catch and punish the “terrorists” who are responsible.  I put that word in quotes because I question whether that’s the right thing to call them, in light of what we know.

Over the years, Americans have seen many killings, and even more malicious injuries.  Until very recently, those events were called what they are:  violent crimes. Sometimes one person was killed or injured, other times it was many.

The chronicle of American history includes all sorts of horrific actions:

When the perpetrators were caught, all sorts of explanations were offered:

Other times, no explanation was offered.  Some perpetrators were killed, or killed themselves.  Others simply remained silent.  People were left to wonder.  Thousands and thousands have died.

Often there was one perpetrator, acting alone.  Sometimes bad guys teamed up, for a variety of reasons.  Some were members of gangs, or clubs.  Sometimes one person was killed; other times twenty, fifty, or even more lay dead.

Judged by the standard of our violent history, the Boston Bombings are far from being our most horrific.  What the bombing was, was visible.  The world was watching the Marathon, and many television cameras caught the attack and its aftermath.  That’s not to dismiss what happened; I simply want to put the crime in perspective.

With this background, I ask you:  Why was this event called terrorism, and not murder and mayhem?

The common explanation seems to be this:  The bombers were Muslims who believed in violent jihad.  That makes them terrorists.

I think that’s wrong.  I say they are common criminals, and the fact that they killed in the imagined name of Allah is no different from the many other criminals who have killed because their God told them to do it.  Crime in the supposed name of God has a long, long history.

Terrorism is defined as the use of terror as a means of coercion.  What exactly was being coerced here?  The attackers made no statement.  They simply attacked, as most criminals do.

When a recognized terrorist group stages and attack, and then claims credit, that is terrorism.  That didn’t happen in Boston.

We have a choice, folks, in how we want to live.

If we choose to define domestic crime as terrorism, we give in to fear.  That is already a huge problem in America.  Right now, parents refuse to let their kids walk to school.   Adults in cities put three locks on their doors and use them all.  Small-town police departments wall themselves off from the public behind inch-thick bulletproof glass. And of course you can’t enter most government buildings or any airport without going through a security screening.

All those things are expressions of fear.   When we compare our life today with the life of our parents, none of those worries are founded in reality.  Yet our lives are significantly complicated and compromised by the things we do to “protect ourselves from unseen terrors.  The chances of any one of us suffering an attack are no greater than they were for our grandparents, assuming they too were here in America.

It’s only our belief that we are in danger.  It’s not real.  When we give in to that belief, we give away our freedom.  We live in fear.

If we go back fifteen years – to before the events of September 11 – and add up all the people killed by acts of terrorism on American soil, and compare that number to the number of Americans murdered, or the number who took their own lives . . . terrorism simply is not a real threat to us.

It’s only a threat because its visible, and we give in to fear.

In that period of time, over 175,000 Americans were murdered.  Just over 3,000 of us died from terrorism; most in one attack.  In that same time frame, millions died of various natural causes.  Few people fear death by murder.  Many people fear death from cancer or heart disease. However, I’ll bet just as many fear terrorism.  Given the numbers, it doesn’t make sense.

I say its time to call this crime what it is – ugly murder and violence.  Try the accused for murder, put them in prison, and put it behind us.  Stop the talk of terror, and go on with our lives.

We need to dissipate this ugly climate of fear.  It’s like an invisible corrosive gas, eating away at our liberty and happiness.

If al-Qaida stages and attack on our soil and claims public credit, call it terrorism, and fight back.  If North Korea or some other government launches a missile at America, call it an act of war and respond.   Otherwise, call criminal violence in our country what it is:  Crime.

JohnRobison said…
In fact, over time we're less likely to be victims of violent crime. Yet, over time our fear of it increases.

More and more, terrorism (as a word) is being identified with ethnicity and religion. If the boys had been Caucasian Americans (Columbine, for example) they probably wouldn't be labeled terrorists. If they were Caucasian-American Muslims, there's a higher likelihood they would be. And being of another ethnicity and Muslim pretty much guarantees it.

Fiesta Cranberry said…
Hallelujah, JER. Things have gotten so out of hand. We have lost so many freedoms because of fear. Now THAT is what scares ME.
April 24, 2013 at 4:53 PM