It's goodbye to the west coast

It’s time to say goodbye to the west coast. It’s hard to believe I’ve been out here a whole week.
I started last Sunday at Book Soup in West Hollywood, next to Los Angeles. That was a small talk, but the highlight came after when I got to have dinner with blogger Kanani Fong and her Writerly Pause group. Kanani was one of the earliest supporters of my efforts via her blog and book reviews, and it was great to finally meet in person.

The next morning, I flew to Denver where I met a book escort for the ride to Boulder. Book escorts are a little-known secret of the publishing industry. Their job is to shepherd authors to bookstores, media events, and hotels. They even feed and water us. And sometimes they read our books, and talk about them.

When you fly into a strange city, and you’re due at a radio station in less than an hour it’s invaluable to have someone who knows the way, knows where to park, and knows all the people you’re going to see.

My Boulder appearance was actually set up back in the winter when I walked into the Boulder Bookstore while in town for a speaking engagement at the University of Colorado. They called the publisher and asked if I’d visit when my paperback was released.


The talk went well. We had a full house in their upstairs event area, including one family that drove all the way from Colorado Springs. I’m always touched when people travel so far to see me. In addition, I had a fine tuna dinner at Jax with fellow author Doreen Orion and her husband and bus driver, Tim. When he’s not driving the bus, Tim works as a psychiatrist, and he was happy to explain the parameters for commitment to his hospital as we ate. I won’t repeat them here because the place is full and I don’t want to give away any trade secrets.


The next morning I was scheduled to speak to the folks at Google. Random House travel had put me in a hotel rather far from the center of town, and of course I didn’t have a car. And since this was a paperback tour with a limited budget, I didn’t have an escort either. So I set out on foot. A quick review of the map showed the fastest way to to town – a jog alongside the railroad tracks. As I was trotting along, I was surprised to be passed by a pronghorn antelope, moving at a brisk clip. Surprised, I looked around. Luckily there was no large predator in pursuit and in continued on my way. 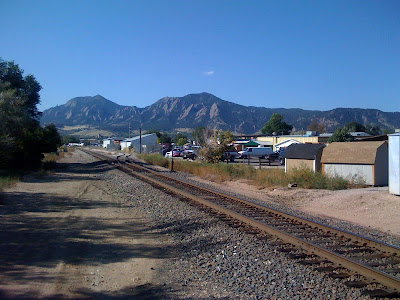 Google was a fun place. I was particularly interested in the work they are doing with their Sketchup drawing and modeling program and kids on the spectrum. I’ll write more about that when I get home. I loved the offices and the environment – it was so free, and so different from what I’d encountered as an engineer 25 years ago. As I told them, it was a place I could have succeeded, if it had existed when I worked as an engineer. 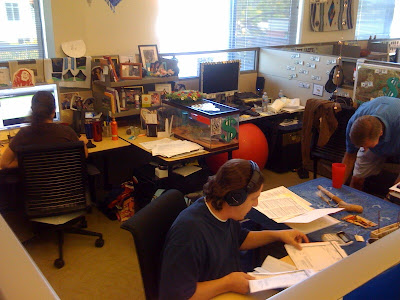 After that I was off to Vail and the most spectacular scenery of the trip. I wish I’d had more time to take some pictures because the views were just magnificent. My Vail appearance was at the Bookworm of Edwards, a community place where everyone seemed to know everyone else. We had folks from all the local schools, plus a pediatrician and a psychologist in the audience. I had a great night there and a good sushi dinner with the owner and her husband later.

In the morning I was off to San Francisco and my first appearance at Corte Madera. But before that – I went for a walk. I stayed at the Rex Hotel, a small place just around the corner from Union Square. At the square, I hopped on a cable car and rode it all the way to the end, at fisherman’s wharf. I walked all over, and looked at the ships and the sights. 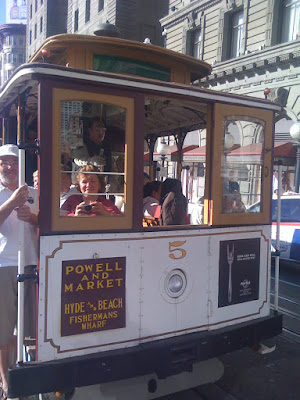 At the bookstore I had the pleasure of meeting author Becky Foust, a mom who had a book of poetry about her Aspergian son. Once again, I was struck by the many parallels between her son’s story and my own. We Aspergians are so different, yet so alike. I also met Max Sindell, one of the people behind the popular Redroom author's site. 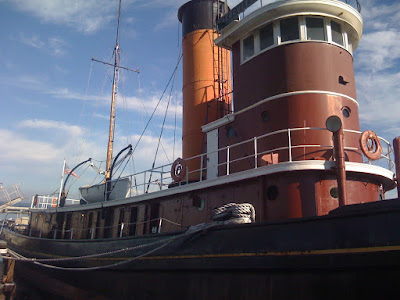 The next night I read at Books Inc in the Castro district, and then it was off to Portland. My brother in law – Little Bear’s big brother – and his family have lived out there many years, and it was good to see them. I also enjoyed seeing the shipping on the Columbia River, though it was just the briefest of glances. My Portland event – at Powell’s Burnside store – was scheduled for the same time as the presidential debate. To my amazement, we had a full house despite the televised competition. 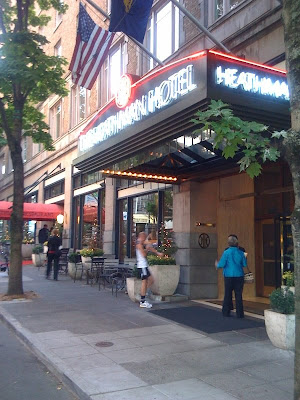 The next morning, I was off to Seattle, where I’m writing to you now. I spoke in front of a packed house at Third Place books and met several amazing people. Autism mom Tami Giles came with a bunch of her friends, and they brought food treats. But even more amazing – my next door neighbor and friend from the time I lived in Seattle came to see me. It’s been 45 years since we lived out here, but Cathy has stayed in touch with my mother the whole time. When I arrived she took me to our old apartment, the Ronald School where I attended kindergarten, and even the local beach. It was the most amazing thing, seeing it all again. 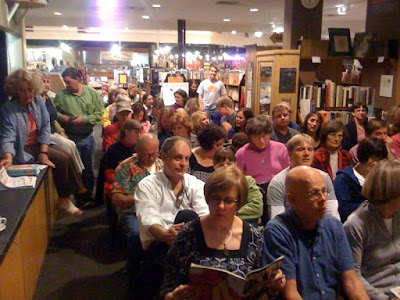 I’ve had a wonderful trip, thanks to all of you and your support. Now, I’m headed east to Dayton and then back home. But it’s not over . . . I’m back on the road again this coming Saturday, when I speak to the Asperger Association convention with my brother.
Email Post
Labels: book tour speaking engagements

My daughter and I missed your Hollywood appearance at Book Soup. My poor little girl was ill. She had been so excited to meet you, and is now quite deflated. (As am I)

One day we'll fly out and look for you. Maybe you'll be having lunch at McDonald's, or snooping around the train tracks.

The Anti-Wife said…
John,
It was such a pleasure to meet you and hear your talk in Seattle. You are a dynamic speaker and the crowd was so interested in your story. The TMS therapy results are amazing.
September 29, 2008 at 2:55 PM

Polly Kahl said…
So proud of you for helping so many people, John. It's truly amazing what's happened in your life in the past year and a half. You got to meet Anti-Wife...I'm jealous! Hope you had a great time and maybe she'll even blog about it. Do you have pictures? It's also very interesting to see the Google offices. That's certainly something that most of us will never get to see first hand, so thanks for showing it to us. What fun!
September 29, 2008 at 11:04 PM

Chris Eldin said…
I just read Anti-Wife's post---looks like a great time was had by all!!

Doreen Orion said…
JO-HN! (How's that for a whine?)
I wish I had known you were on your own to get to Googsville. I would have driven you. (Although, on second thought, perhaps that's why you didn't tell me?)

It was fabulous seeing you, again. I hope your next trip to The People's Republic will be longer.
September 30, 2008 at 8:54 PM

John Robison said…
Doreen, it never occurred to me to call anyone. I just saw it was a few miles and set out via the most direct path.